Written by Tom Deehan on Mar 3, 2017. Posted in General Interest

A new production facility under the name of Kumeu Film Studio is now open in Auckland, New Zealand. The new facility has been adapted from the makeshift studio that was originally built for use on the US-China co-production, Meg. 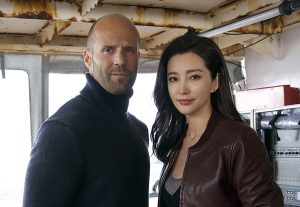 Auckland Tourism, Events and Economic Development will oversee the studio’s operations under a 12-month lease. During this time, expansion work will commence to provide another sound stage by February 2018.

By allowing the studio to be used by future projects, Meg qualified for the 5% uplift available as part of the New Zealand film incentive. The uplift is only granted when a production provides “significant economic benefits” to the country.

At the base level, New Zealand’s incentive offers a 20% cash grant to international feature films that incur a minimum local spend of AZD15 million, lowering to AZD4 million for international television programmes.

The incentive increases to 40% for domestic projects, with a per-project cap of AZD6 million.

Meg was shot in several locations throughout New Zealand, including Whangaparaoa and the Hauraki Gulf. Starring Jason Statham and Li Bingbing, the film is scheduled to release August 10th, 2018.