Written by Tom Deehan on Mar 15, 2017. Posted in General Interest

Perak Film Office to be relaunched under new initiative

The Perak Film Office, which was initially established in 2012, will now be relaunched over concerns that the organisation hasn’t done enough to lure productions to the state. The Malaysian state has attracted large scale projects in the past, such as Lust, Caution (pictured) and Anna and the King, but they are few and far between.

State Tourism, Arts, Culture, Communi­cations and Multimedia Committee Chairman, Datuk Nolee Ashilin Mohd Radzi explains: “the Film Office is not a new thing but what we are hoping to do is to restart and revitalise it. This is because films have been known to have a very positive impact in promoting places. In the meantime, we continue to encourage and welcome filmmakers to come to Perak. We will assist them in whatever way we can with regards to location and information.” 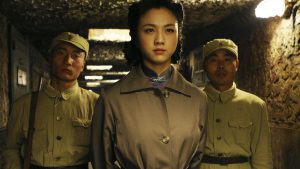 Local Producer, Alex Chong adds: “it would be a terrible waste not to capitalise on what we have. Perak not only has excellent shooting locations but also the necessary infrastructure and logistics to be an international film hub. We have facilities everywhere in the state.”

The initiative is also expected to feature some form of local financial incentive to stimulate Perak’s production industry. Tax incentives have become a key aspect of the global locations market, often being the deciding factor for where productions are shot.

Productions filming in Perak can already benefit from Malaysia’s national incentive programme. A 30% cash rebate can be claimed when a minimum of MYR5 million is spent within the country.

Malaysia’s incentive, coupled with its modern infrastructure, have made the country one of Southeast Asia’s most popular filming locations. Recent productions to have shot in the country include Mission: Impossible – Rogue Nation and Mechanic: Resurrection.