Written by Tom Deehan on Mar 3, 2017. Posted in General Interest

Phoenix boasts USD32 million in revenue from production activity in 2016

Phoenix, Arizona brought in just over USD32 million from production related expenditure throughout 2016, the highest rate incurred by the industry since 2009. Work on Michael Bay’s action-sequel, Transformers: The Last Knight resulted in the largest individual spend of the year, to the tune of USD15 million.

Phil Bradstock, Phoenix Film Commissioner explains: “we will get the anomaly project that comes in, like a Transformers, that came out here specifically because of a junk yard just north of Deer Valley airport that they probably found online and has the old, classic 1950 trucks, 1970 Cameros. They saw that, came, scouted it, loved it, said we have to film here.” 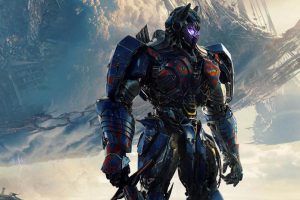 In the past, Arizona has struggled to compete with neighbouring states such as California and New Mexico, due to its lack of a tax incentive programme and a state film office.

2016 proved to be a promising year for Arizona’s production industry however as the state film commission was reopened under the helm of Matthew Earl Jones, an experienced Line Producer.

Alongside the new film office, a USD20 million state-of-the-art film studio opened in Scottsdale. Funded by Bob Parsons (Founder of GoDaddy), Sneaky Big Studios has elevated Arizona’s sound stage and post-production facilities to a world-class degree, allowing the state to compete directly with other major production hubs in the country.