Written by Tom Deehan on Mar 6, 2017. Posted in Interviews

Talking with Florida’s film industry: Moonlight, locations and where the state is headed

Florida’s film industry is in a constant state of flux – business has faltered ever since the local film incentive was left to expire in 2016 and discussions are currently underway regarding the potential closure of the state film office. With these issues in tow however, all eyes are on Florida after Barry Jenkins’s Moonlight, which was shot entirely in the state, was declared Best Picture at the 89th Academy Awards.

TLG spoke to Kelly Paige (President of Film Florida), Graham Winick (Film and Event Production Manager for Miami Beach) and Sandy Lighterman (Film and Entertainment Commissioner for the Miami-Dade Film Office) about what is undoubtedly an overwhelming time for Florida’s production industry. 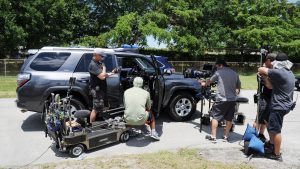 What was it like to host Moonlight, what locations were used and were there any technical challenges to overcome?

Sandy: We worked very closely with the production team to provide everything that they asked for. Some of the locations were complicated, such as Liberty Square. We cooperated with the housing department to ensure that residents approved of the shoot, particularly as there was a lot of night-time shooting. A few families were relocated while we shot in their homes, so we made sure that it was a smooth operation and there were no complaints.

Graham: Moonlight shot in fall of 2015 for a total of 21 days, spanning October and November. It was remarkable because it happened in such a short time for a low budget film – similar projects usually have a substantial portion of the film take place in one location – just like Reservoir Dogs.

One of the bigger challenges was some visa issues we had for getting actress Naomie Harris over from the UK - it hit very close to production time and we had to work with the state department and senator Marco Rubio to speed up the process. 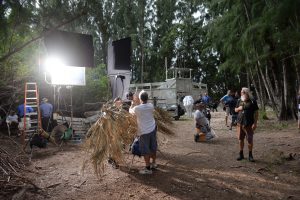 What does Moonlight's win at the Academy Awards mean for Florida's film industry?
Kelly: We are extremely proud of the success of Moonlight. The film has been a wonderful ambassador for South Florida and all Floridians as they have taken us on this magical ride through award season. Despite recent challenges for our industry in Florida, Moonlight shows the exceptional talent and creativity produced by our colleges and universities in addition to showing the potential of the film industry in our state.

Sandy: Last Monday we got a call from one of Florida’s tourism organisations as they want to put Liberty City on their tour map of the state, which could change the community in a positive way. This could be a great case study to see the effects of film tourism and how it reverberates into other areas of business. The film is also great spotlight the fact that there are Miami-based stories that need to be told by the local creatives.

Graham: We want Moonlight to be an example of creatives who grew up here and came back to make such an incredible film that won the pinnacle award in its field. We have more film schools than any other state in the country - we're funding great talent here but they're going off elsewhere - we're essentially funding another state's workforce. We need to inspire a change in this process. 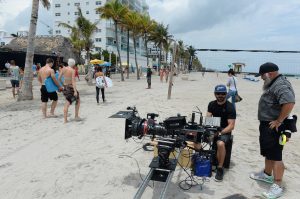 Without a tax incentive, how would you pitch Florida as a filming location?

Kelly: Florida has a lot to offer anyone looking for a filming location. With warm temperatures all year round, hundreds of miles of beaches, countless number of diverse neighbourhoods and locations, Florida has long been considered the perfect location for ‘Anywhere USA’. While a financial incentive programme is considered, we believe Florida has locations, experienced crew, in-depth infrastructure, and a desire to do excellent work as well as a willingness to work with budgets. All of those elements make it the perfect location for film and television.

What locations can Florida double for? 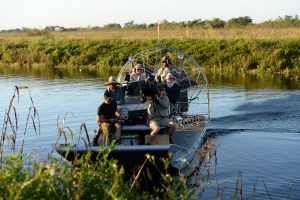 What projects have filmed in Florida recently?

Kelly: Several notable projects have been filmed in Florida recently. Aside from Moonlight, we hosted the Netflix television series Bloodline and the first two seasons of HBO’s Ballers. Florida has also seen portions of the upcoming film Baywatch and last summer’s The Infiltrator staring Bryan Cranston. Florida is home to a tremendous independent film industry and thousands of television commercials are shot in Florida every year because of year-round outdoor production capabilities and diverse locations.

What will the implications be if the Florida Office of Film and Entertainment is shut down?

Kelly: If the Florida Office of Film & Entertainment (OFE) is shut down after 40 years of being an integral part of diversifying Florida’s economy though economic development, tourism growth and job creation, our legislature would be sending a clear signal that they are not interested in Florida being a destination for film and television, incentives or no incentives. Last fiscal year the OFE facilitated more than 1,300 productions, converting 1,083 into new business for Florida (a 79% success rate), most did not benefit from an incentive.

Sandy: It would be highly problematic for the OFE to close, there's very little money put in there anyway but it does so much. Forget about the incentive, the office needs to be there to disseminate information that spreads through to other production organisations. Their work is irreplaceable. Our job will be to highlight to our Governors what the office does for us, separating it from the incentive argument so that the importance of the OFE is truly understood.