Written by Tom Deehan on Mar 22, 2017. Posted in General Interest

Why is the UK's production industry going from strength to strength in the face of economic uncertainty? TLG spoke to industry experts to find out

According to the Office for National Statistics, the UK’s production industry grew by 16.4% in 2016’s third quarter despite economic uncertainty brought about by the EU referendum. This was notably higher than any other services sector in the country during the same period. As fantastic as this statistic is, it won’t be particularly surprising to anyone who has been following the recent trajectory of the UK production industry. 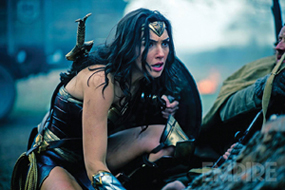 At the beginning of 2016, the Chief Executive of the British Film Commission, Adrian Wootton, announced that the industry had taken in over GBP1 billion for the second year in a row. Feature films accounted for the majority of the income for this period with GBP1.41 billion, followed by GBP750 million from television programmes.

Looking at some of the major productions to have come out of the UK in 2016 alone, it’s not hard to see why market growth has defied the current economic climate. Central London has been used in both Marvel’s Doctor Strange and DC’s Wonder Woman, while Liverpool doubled as New York in the Harry Potter prequel, Fantastic Beasts and Where to Find Them. One of the biggest productions however was Rogue One: A Star Wars Story, which took up an extended residency at Pinewood Studios and utilised Canary Wharf Underground Station as the interior of the iconic Death Star.

The US is by far our biggest trade partner and there's no additional funding there but American Producers just love what we do and how we work.

The UK’s television industry is also highly regarded. Domestic shows from the BBC and ITV such as Poldark and Victoria respectively, draw massive audiences with high-end production quality and the use of varied locations across the UK. International co-productions have had the same success with The Crown leading the pack. A co-production between Netflix and Left Bank Pictures, The Crown had a budget of GBP100 million, enough to rival that of any blockbuster .

It is apparent from the wealth of international co-productions that the UK’s strongest asset is its relationship with the US production industry. Dawn McCarthy-Simpson, Director of International Development at PACT explains:

“We've never been preoccupied solely by the domestic market. The US is by far our biggest trade partner and there's no additional funding there but American Producers just love what we do and how we work.”

The benefits of having a tried and tested infrastructure with advanced studio facilities and English speaking crew are not lost on the Americans. Having direct flights from all major production hubs in the US to London and other parts of the UK has made the journey as easy as inter-state travel.

As beneficial to American Producers as these aspects are however, it is the UK’s tax incentive that is the highly coveted cherry on top.

The UK Tax Relief programmes (of which there are three branches) have been a cornerstone of the industry’s growth since their instalment in 2006. The current iteration features a 25% tax rebate that can be accessed by feature films that spend 10% of their budget locally, and for high-end television shows that incur a local spend of at least GBP1 million per episode.

“The UK tax break helps with our reputation that the country is open for business, presenting the UK as a great place to find personnel and world class talent. When you film here, you're benefiting from amazing crew with great studios and locations, all of that means that coming into the UK is cheaper than most countries.”

The notion of advertising lagging behind is concerning, given that they represent a large part of the production industry and show no signs of slowing down.

As Kaye notes, the strength of the UK Tax Relief is only emboldened by the country’s world-class labour. The Production Managers Association is one such organisation built upon the UK’s experienced work force, as Sue Davies, the association’s chair, details:

“We have a very active availability list enabling potential employers to search for Production Managers, Line Producers and Production Executives for various projects - long or short term, across the board in terms of media. That list currently represents around 5% of the membership which we take to be a very healthy sign of the industry - and the list is far from static - so many people are in work these days and with increasingly diverse platforms.”

Of course, for all the UK’s successes, Brexit will remain a point of contention even for those who have full faith in the industry’s ability to succeed. Delving into an in-depth study of Brexit is a moot point with countless studies having already been made following the referendum result. It is important however to recognise the certainties that a split from the European Union will hold for the UK, of which Stephen Follows, industry analyst and speaker at last year’s FOCUS event, has broken down in his article How Will Brexit affect the UK Film Industry?

The overall expenditure on advertising productions in the UK throughout 2015 is estimated to be GBP20.1 billion, with a projected increase to GBP20.7 billion in 2016.

According to Follows, one of the definitive changes to be made by Brexit will be the UK being free to change its tax rules. To date, the EU has played a major role in deciding the parameters of the UK Tax Relief programmes, but without this extended degree of bureaucracy the British Government would have the ability to change all aspects of the incentive as they see fit.

As ominous as Brexit may seem until article 50 is triggered on the 29th of March and a plan begins to form, it isn’t the only pressing issue in the industry today. As politicians make big changes in their approach to climate change, sustainability has become a hot topic amongst Producers. The Bottle Yard Studios in Bristol recently made waves with the environmentally friendly measures they utilised during the production of Trollied, series six. Non-rechargable batteries were banned and recycling points were posted around the premises, while water bottles were handed out to cast and crew to discourage the use of throwaway plastics. The Bottle Yard is only one company however, as the general consensus still stands that the production industry is a major source of waste in the UK.

Jo Coombes of AdGreen, an initiative to educate production professionals on how to curb their carbon footprint, spoke to TLG about the work that still needs to be done for sustainability:

“The facilities that productions need to engage with the sustainable world just aren't there, some studios still rely on diesel generators and so it will take a whole movement to make those bigger changes. In the meantime, people are starting to see that they can do small things that are easy to help the environment and the argument that it's more expensive to go green is dissolving away.”

Jo’s experience with productions lies mostly in the advertising industry however. She adds:

“There's quite a disparity between TV, film and advertising - the former two are more aware of their footprint, they have more tools for carbon calculation. In advertising, the tools don't exist yet so the industry hasn't changed.”

The notion of advertising lagging behind is concerning, given that they represent a large part of the production industry and show no signs of slowing down. The overall expenditure on advertising productions in the UK throughout 2015 is estimated to be GBP20.1 billion, with a projected increase to GBP20.7 billion in 2016.

Jason Stone is an advertising aficionado and owner of David Reviews, an online database of British advertising paired with critical analysis. In our conversation about the current state of advertising content, he explained:

“You always hear a lot of doom about advertising, everyone's convinced that there was a golden era and that it’s they're first few years in the business. I strongly suspect that at some point people will look back on this time greatly. It's very rich at the moment, because of the places in which advertising can be seen are broadening out.”

Jason later pointed out that the current barrage of Christmas advertising from high-street retailers and supermarkets are perfect examples of an increase in demand. The competition for views and audience affection has seen budgets soar in recent years, with John Lewis’ recent Buster the Boxer campaign costing GBP7 million, paling in comparison the supposedly GBP10 million spent on Burberry’s The Tale of Thomas Burberry campaign. 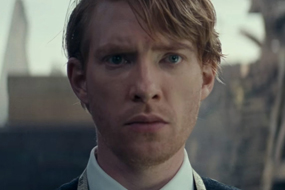 “Advertising production has changed significantly over the past five years and continues to do so. There is a vastly greater demand for video on different media and from companies that want good creative content who would never have made a TV commercial. The challenge is continued downward cost pressures and an assumption from some clients that a spot for the internet should be less expensive.”

He continues: “We are also seeing the market affected by in-house production departments, wherein agencies are reacting to pressure on their income by seeking to do more production themselves. We believe that advertising production companies, by housing the best talent and experience and competing on the open market can actually offer advertisers the best value for money.”

The newly elected London Mayor, Sadiq Khan, has announced his plan to tackle overcrowding with a new studio to be built in Dagenham, East London.

The UK advertising industry currently thrives without any form of government tax incentive and yet if Brexit allows for changes to be made to the current tax relief programme, then a new branch could be established that deals exclusively with subsidies for the advertising industry. The likelihood of such a change depends on how willing policy makers are to change a system which to date, is already considered as being an industry leader.

Another plaguing issue in the UK is the current lack of available studio space to meet demand. The continued stream of high-budget and sound-stage dependent films to the UK, while fantastic for the local economy, have led to the major studios across the country being booked up for months at a time with very few windows of availability. Measures are being taken to curb this problem however, with Pinewood Studios currently undergoing an expansion that upon completion in 2030, should have implemented 30,000 square metres of new stages.

The newly elected London Mayor, Sadiq Khan, has announced his plan to tackle overcrowding with a new studio to be built in Dagenham, East London. Details regarding the facilities are scarce given that the project is so early in development, but having a studio setup so close to Central London will allow productions to make use of the city’s locations like never before.

In its current state the UK production industry is the best part of the services sector to be in right now. It’s continued growth in spite of economic downturn has shown the country’s thirst for content and willingness to provide an unparalleled service to both domestic and international productions.

As the UK moves to address topics such as sustainability and studio space, the industry is setting itself up for a prosperous future that can only maintain and improve its financial stability.

This article orginally appeared in The Location Guide's magazine for FOCUS. To register your attendance for this year's FOCUS event, click here.