Written by Tom Deehan on Apr 4, 2017. Posted in On Location / Production News

Christmas comes to Rhode Island in The Santa Files shoot

The Santa Files is being produced by David Gere, with a screenplay written by Kevin Decristifano and DeNucci himself. 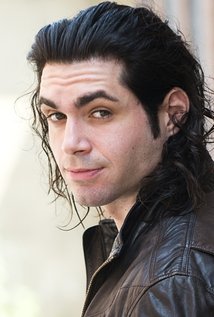 State Governor Gina M. Raimondo explains: “Rhode Island’s vibrant filmmaking community is an important contributor to our state’s economy, and New England Tech graduate Tom DeNucci is another example of the top moviemaking talent our state produces. I congratulate Tom and his entire team behind The Santa Files and thank them for choosing Rhode Island.”

The state of Rhode Island offers a 25% tax credit incentive to productions that shoot at least 51% of their scenes locally and incur a minimum spend of USD100,000 in the process. Operating on an annual fund of USD15 million, the incentive has a cap of USD5 million per-project.

Steven Feinberg, Executive Director of the Rhode Island Film & TV Office adds: “this is exactly the result we’ve all been working towards for the past few years.  A new generation of Rhode Island filmmakers has sprouted as the result of the seeds we planted together as a state.  We love seeing our local moviemakers thrive and prosper. We congratulate Woodhaven director/producer Tom DeNucci for providing many jobs for our hard-working, local crew behind-the-scenes while also giving our gifted Rhode Island actors a chance to shine in front of the camera on this family film.”

The film will star Golden Globe winner, Ed Asner, as Santa Claus himself, alongside Patrick Muldoon and Brooke Langton.

With an advanced filming infrastructure, a variety of high-profile productions have used Rhode Island as a location, including Robert Redford’s The Discovery and Miles Teller’s Bleed for This.