The beginning of the commercial depicts an apartment which was also shot in Sri Lanka, with the visible city landscape added in post-production. Crew For Shoots’ previous credits include commercials for AXA Insurance and Mountain Dew. 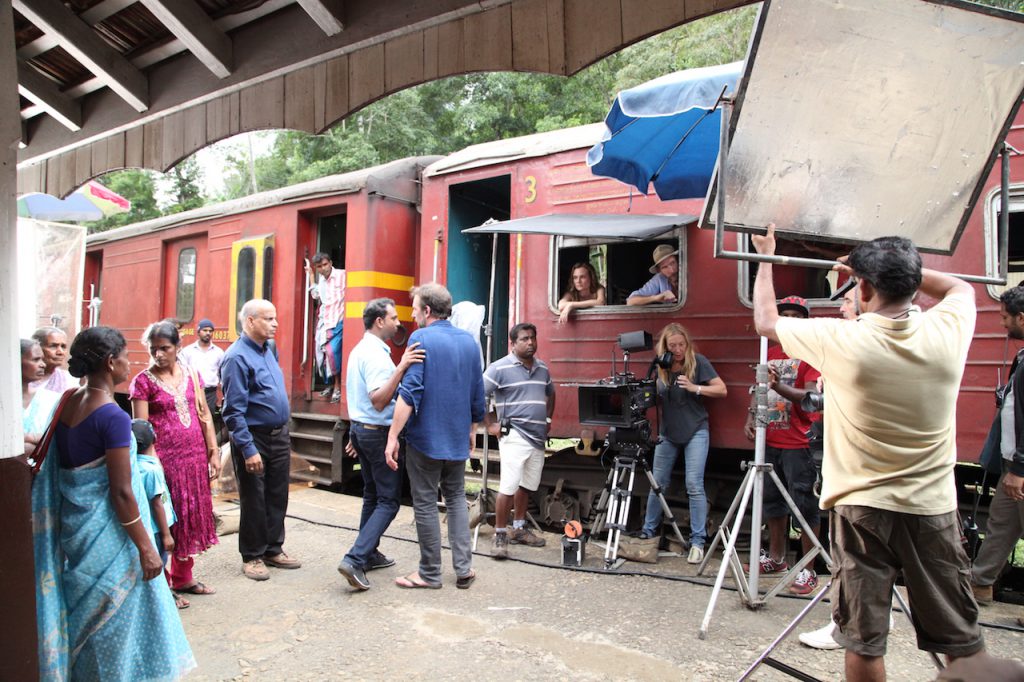 Crew For Shoots Producer, Priyanga T. Kumarasiri states: “we had two big challenges, the first was to handle logistics for Diane Kruger. Her travel and accommodation arrangements were of key concern to the agency and clients. Sea Plane, Helicopters, Luxury SUVs and suites in luxury resorts were all on standby during the four day shoot.

He continues: “the second challenge was to have larger than life doors at a location with steps going upwards. We had to build the set for the scene when Diane opens the door. We scouted a temple with steps and built the set around it, combing the set and location. Our art department, along with Art Director Renaud Deschamps from France, worked tirelessly to archive the desired effect that the agency and director were looking for.”

The spot was filmed with a Phantom high-speed camera, with two Arri Alexa setups (Alexa Mini and XT).

The capabilities of Sri Lanka’s production infrastructure have expanded since the establishment of the International Film Producers’ Association (IFPA). Kumarasiri stands as the President of IFPA, which seeks to standardise the quality of service offered by local companies.