Written by Tom Deehan on Apr 21, 2017. Posted in On Location / Production News

Keepers, the upcoming psychological thriller starring Gerard Butler is currently being filmed in Galloway and Dumfries, doubling the locations for the Flannan Isles. Among the featured locales are the Killantringan, Mull of Galloway and Corsewall lighthouses.

The film is inspired by the true, unsolved mystery of a group of lighthouse keepers who disappeared on the Flannan Isles in 1900. Mad As Birds are producing the feature, in collaboration with Cross Creek Pictures and G-BASE. 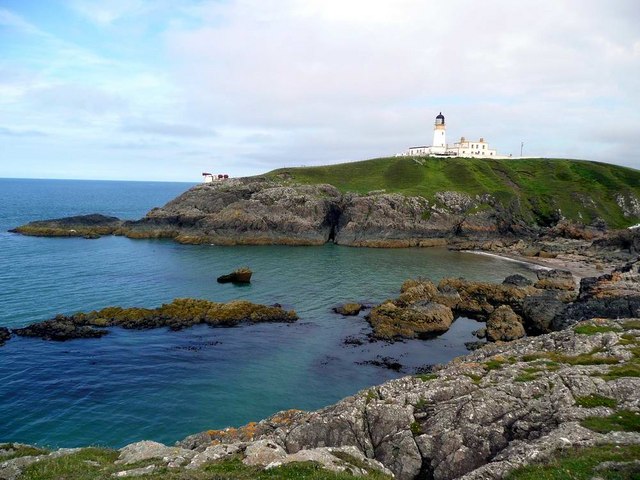 In describing Galloway and Dumfries, Location Manager Michael Panikkou states: “we have had a marvellously warm reception from everybody here. We have been very happy to work with local people. We are using a lot of local companies for stuff that might normally get outsourced to film-only companies. Having their support has really helped us achieve what we needed to do.”

Producer Andy Evans adds: “from day one we wanted to keep it genuine - we didn't want to go and film this in America or Australia, you know, with a ridiculous cast. We started back in October looking for our lighthouse, our fourth character we called it, our Millennium Falcon. Because of that peninsula [Mull of Galloway] really gives you, from a good 270 degrees, you could believe you are on an island.”

The Scottish Government recently approved plans to build a dedicated film studio near Straiton, bringing an end to one of the major shortcomings of Scotland’s production industry. Until now, productions have had to either move elsewhere for sound stages or utilise local pop-up studios.

Feature films that shoot in Scotland are eligible for the UK’s 25% tax rebate on production expenses, with the requirement that at least 10% of the budget is spent locally. Funding is also available through Creative Scotland.