In its latest spot for Tuborg, production service company Jacaranda Films has used a variety of Chilean locations to depict both period and contemporary settings. The commercial was made in collaboration with Hamlet (Belgium), with Roland Stuprich as DP. 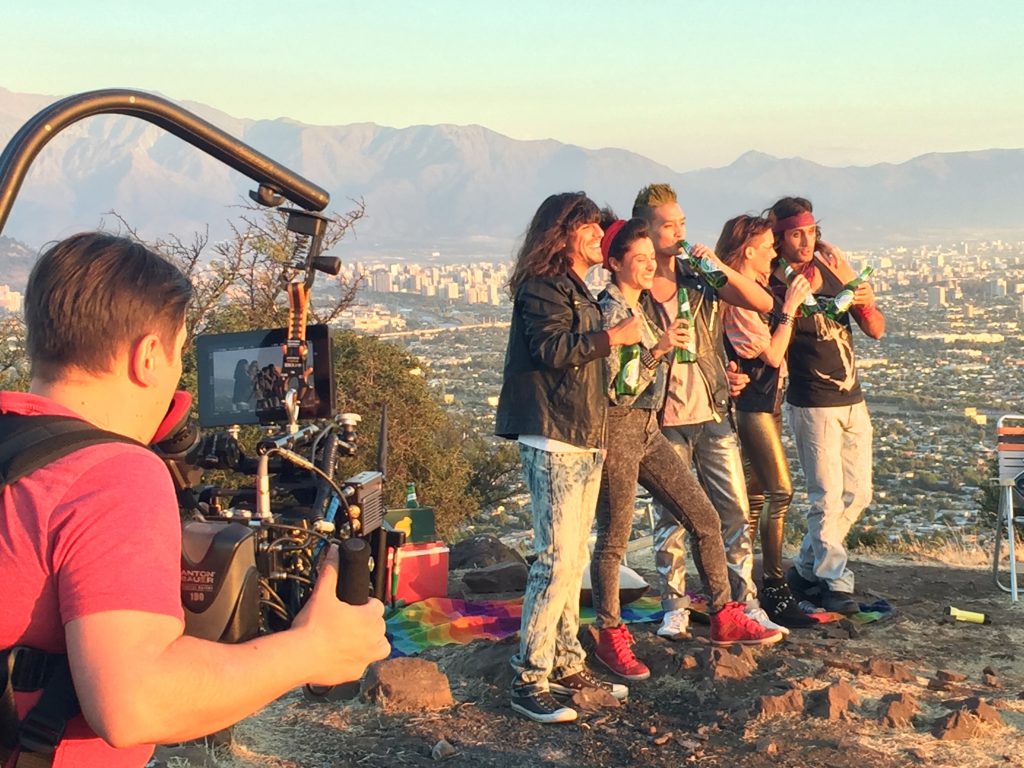 Rémi Noiriel, Executive Producer of Jacaranda Films states: “we shot our neon 80s girl in the parking lot underneath a plaza in Santiago. The Director was originally looking for a long tunnel but when this option was shown we stopped looking elsewhere as he was completely invested in it. The rooftop party was shot in a building on Monjitas St, just across from a modern office building which gave a nice contrast of styles. We were also able to get those offices to leave their lights on during the night of the shoot, so it kind of felt like there were two different locations.”

“We shot the 1920s bar scene in Confiteria Torres, which is quite old and had a great base to work with. We changed some of the decor to stay true to that 1920s ‘Great Gatsby’ feeling that both our director and the agency wanted to achieve. For the 80s look we went to Cerro Renca. We had to scout quite a bit to get that perfect spot where the sun hits just right and was also logistically possible.” 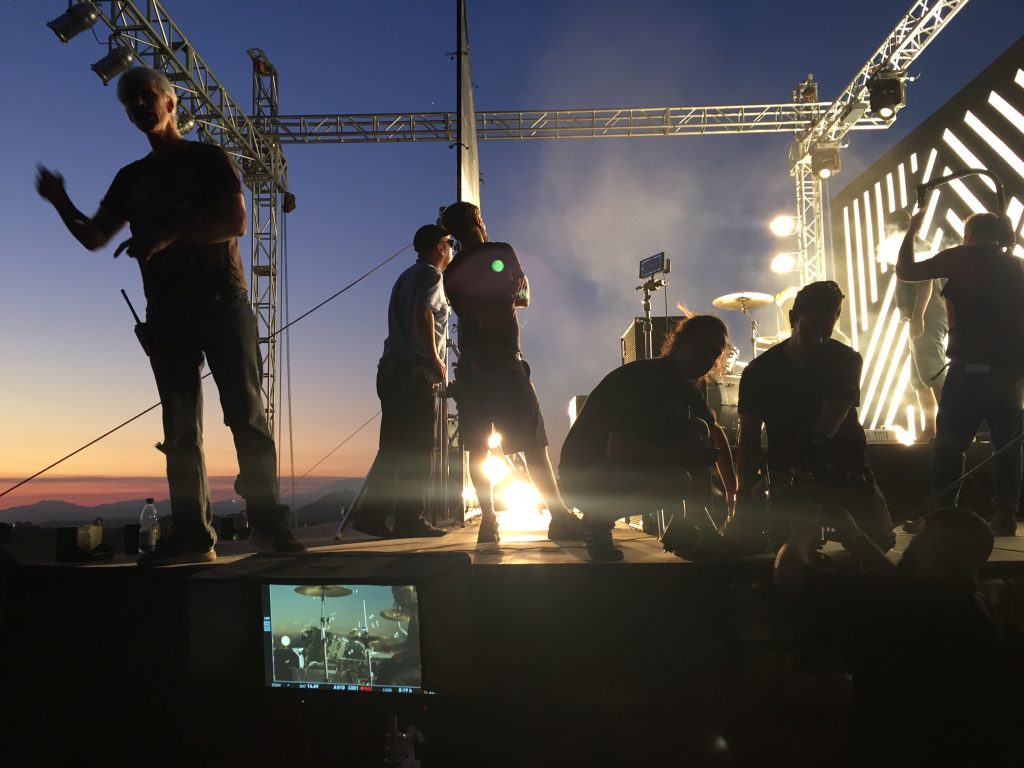 Thanks to its advanced production infrastructure and location variety, Chile has become a popular location amongst commercials productions. Booking.com recently shot their latest commercials within the country, which were also serviced by Jacaranda Films.

Rémi continues: “finally, the concert scenes were shot at Ciudad Deportiva Zamorano. We started shooting during the day to get the 70s look and went into a night shoot for the 80s and modern day set up. I’d say our main challenge was to come up with a feasible shooting schedule. We ended up shooting mostly at night as we had to achieve a couple of sunsets and avoid the busy crowds that amassed in the daytime. We were very happy with the result, as were the amazing crew from Hamlet and their clients.”

Chile’s lack of a dedicated film incentive programme is offset by the country’s trained labour force and generally low costs for goods and services. News emerged in early 2016 that the Chile Film Commission were discussing the potential for implementing a national incentive but no further announcements have been made.