Written by Tom Deehan on Apr 26, 2017. Posted in On Location / Production News

Lone Scherfig’s wartime drama, Their Finest, transformed the streets of Bloomsbury into 1940’s Britain for two days of filming. The shoot in Bedford Square took place in late 2015, with 150 cast and crew present including the film’s main stars, Gemma Arterton and Bill Nighy. 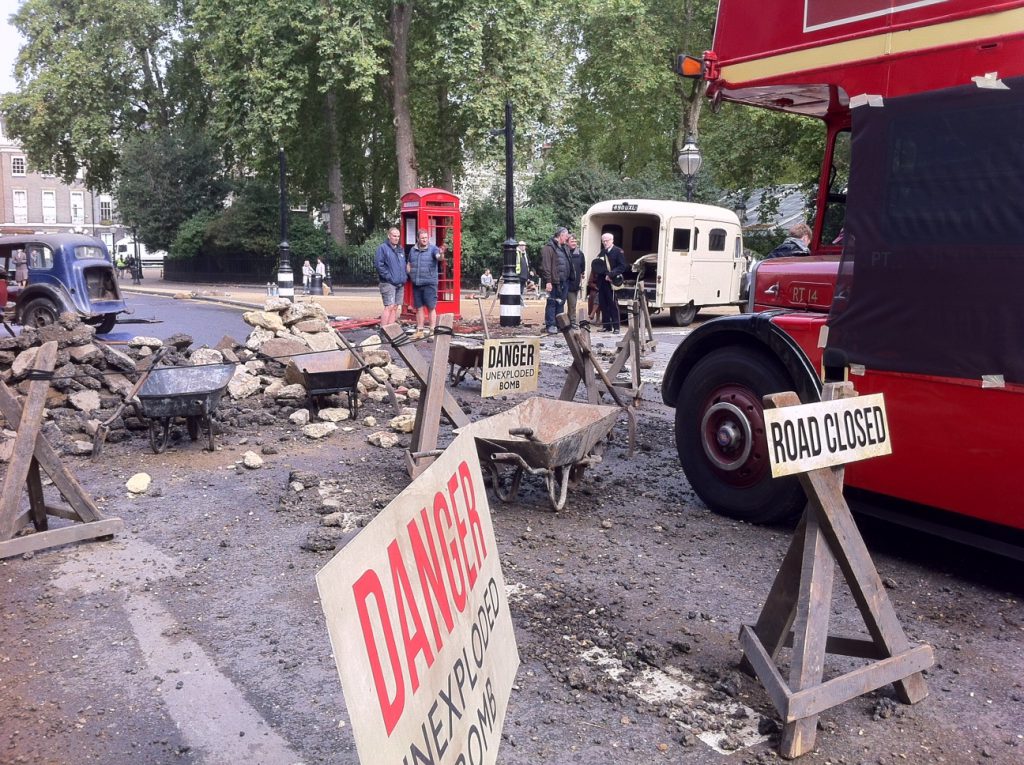 handled the shoot, which utilised Hornsey Town Hall in Haringey as a venue for a fictional film premiere. The production also heavily decorated St. John Street in Islington to depict an area of London afflicted by the Blitz.

BBC Films have produced the project in collaboration with Ingenious Media, Pinewood Pictures and HanWay Films.

Director of FilmFixer, Karen Everett states: “it might be set in the dramatic days of the blitz, but at its heart this is a rom-com, and our boroughs do a great job of bringing this heart-warming story to life. We were really impressed that these significant, complicated scenes could be shot in central London with very minimal disruption and a great deal of positive resident engagement. We’ve been very much looking forward to the film being released in the UK.” 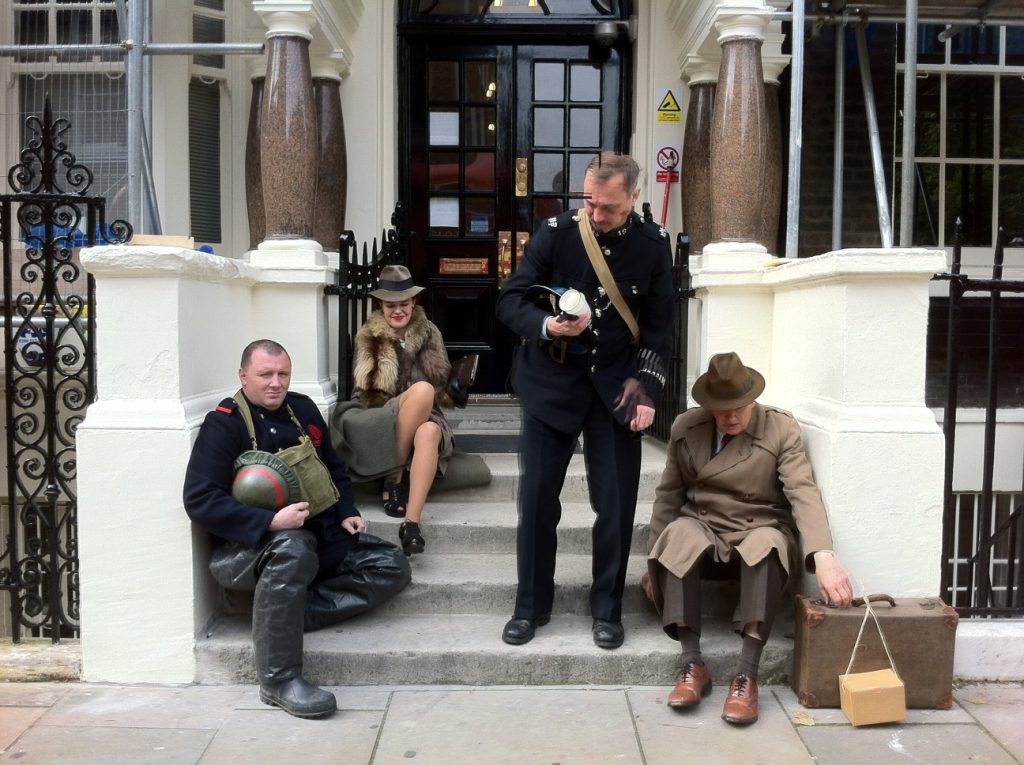 Stephen Heath of the resident group, Bloomsbury Association notes:  “we have had many films shot in Bedford Square but this weekend surpassed them all. It was fantastic entertainment delivered by a superbly well organised team. It was two very long, tiring days for you all but everybody was so friendly and polite – both performers and supporters.”

A number of scenes were also shot in locations throughout the Welsh counties of Swansea and Pembrokeshire, including Guildhall, The Grand Theatre, Trecwn Valley and Porthgain Harbour.

The UK employs a 25% tax rebate incentive to stimulate the local production industry and attract international projects. Feature films are required to spend at least 10% of their budget within the country to access the incentive.

Their Finest is now showing in UK cinemas nationwide.