Written by Tom Deehan on May 4, 2017. Posted in Interviews

Does the solution to the UK’s studio problem lie in Antwerp, Belgium? It’s no secret that the influx of high-profile projects to the UK has left a strain on the nation’s production facilities. Yet, at just over an hour’s flight away from London, empowered by green initiatives and assisted by Belgium’s tax shelter on filming, AED Studios projects itself as a more than viable alternative.

The complex is currently hosting its biggest project yet, a USD40 million feature film entitled Kursk, which is set to star Colin Firth and Lea Séydoux. As AED Studios begins to market itself internationally off the back of Kursk, we spoke to Glenn Roggeman, CEO of AED Group to find out what the studio has to offer.

How did you get into production?

I started in 1985 when I was young and beautiful, now I’m just old and beautiful! I initially got involved in production through equipment for the events industry. I was one of the first people to lend equipment to the dance industry but in 2003 I changed my business sense. I decided no longer to converse with the end user but rather the professionals themselves.

And could you tell us about the construction of AED Studios?

It took us three years to build the site into what it is today. Prior to our involvement, the site was an old can manufacturing facility but the company who owned it went through bankruptcy in 2000. The site was then bought out by Eurocam, where a rebuilding process took place but it lacked vision – some of the buildings were turned into pop-up film studios that lacked basic amenities such as electricity or heating. 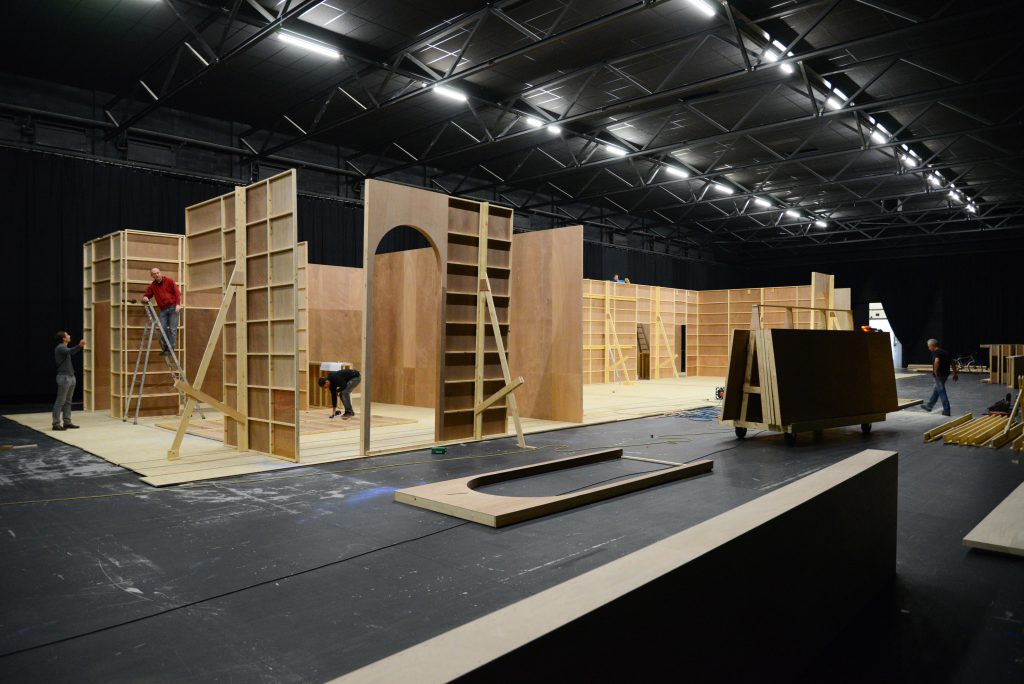 When AED Group bought the complex in 2013, the first thing I did was develop a master plan to make the site extremely flexible, and make it accessible for all kinds of extra services, not just a warehouse where you can build a set in. The rebuilding process was completed in October 2016 and it was from that point onward that I created a commercial team to help spread the word about the studio.

And so the plan now is to go international?

Yes, and we have two major phases for our strategy. Phase one is communicating to the industry that we exist, which means being present at exhibitions and engaging with decision makers. Our new sales team will be leading the charge here, headed by the wonderful Janna Fassaert who has both on and off camera experience in production.

Phase two will be about inviting people here to see the studio with their own eyes. It’s true that seeing is believing, so people need to see for themselves what sets us apart from the competition. There are maybe 10 studios of this size in the world but what is unique here is the level of facilities available, such as accommodation, make-up departments, sewing shops, restaurants, you name it – everything is on site.

I understand that AED Studios markets itself as a ‘green’ production facility. Can you elaborate on this?

We rebuilt the site with a green image. For example, there are 7,000 LED lights in the studios and we installed about 100,000 square foot of solar panels, making it one of the biggest solar parks in Belgium. This was only the beginning however.

We changed our heating, which moved away from using fossil fuels to using electricity that we generate with our solar panels. Even when the sun is struggling to make direct contact with the solar panels, there’s always enough of a light presence in the atmosphere to generate electricity for the studio. 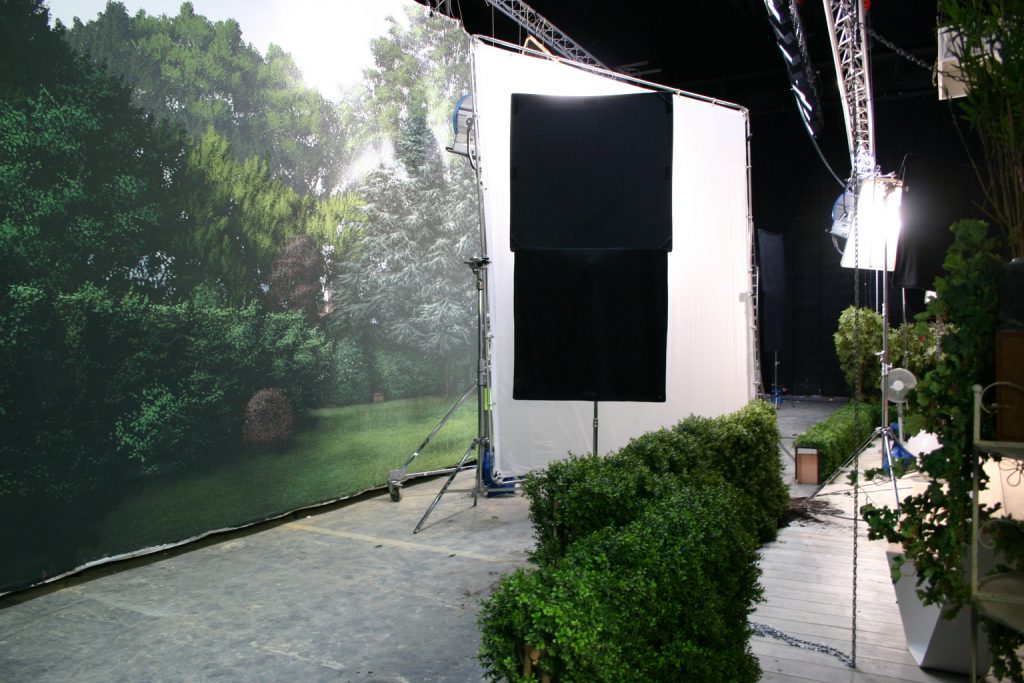 When it comes to lowering your carbon footprint, you also have to change your travel habits. With that in mind we have 14 warehouses that you can rent for your props, wood shops and set building, allowing you to save on fuel that would be spent transporting equipment from elsewhere. With regards to rigging, we own about 50 miles of trussing, about 5,000 hoists and 50% of the studios have fixed rigging instalments, meaning that you don’t need to transport the rigging and you can keep your carbon emissions low.

What can you tell me about Kursk?

The project is currently setting up in five of our ten film studios (Studio 1, 2, 4, 14 and 12, the last of which houses our water tank). The production is also using a lot of extra facilities however, including up to four of our on-site warehouses, which range in size from 2,000 to 15,000 square feet. 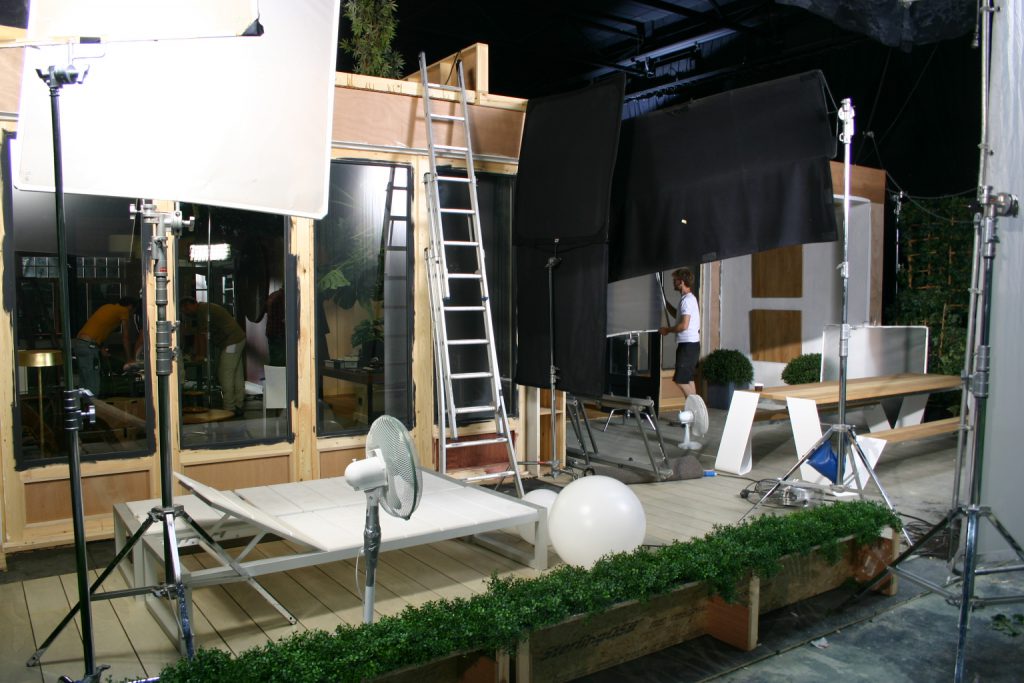 We certainly do. As I mentioned, 10 of our 25 venues are film studios, meaning that we accommodate for much more than just features films and television shows. We own the Barco virtual world – a virtual experience events hall –  alongside three concert/corporate event venues equipped with sound systems, LED lights, video facilities and staging.

How has the tax shelter changed the Belgium film industry?

In every country that boasts a successful production industry, you will find a tax incentive, credit or shelter. For example, England is very popular with the film industry because they have a lucrative tax rebate. The 43% Belgium tax shelter was a very professional solution to previous restrictions on the country’s film industry and we’ve benefited from it.

Today, the shelter still has a per-project cap of EUR15 million and can only be accessed via co-producing with a Belgian entity, but it can be stacked with the regional film funds. I do see however an increasing amount of films optimising their budget by going after multiple incentives and entering co-production status. Thanks to the tax shelter, Belgium is already used to working in this manner as the programme encourages international co-productions. 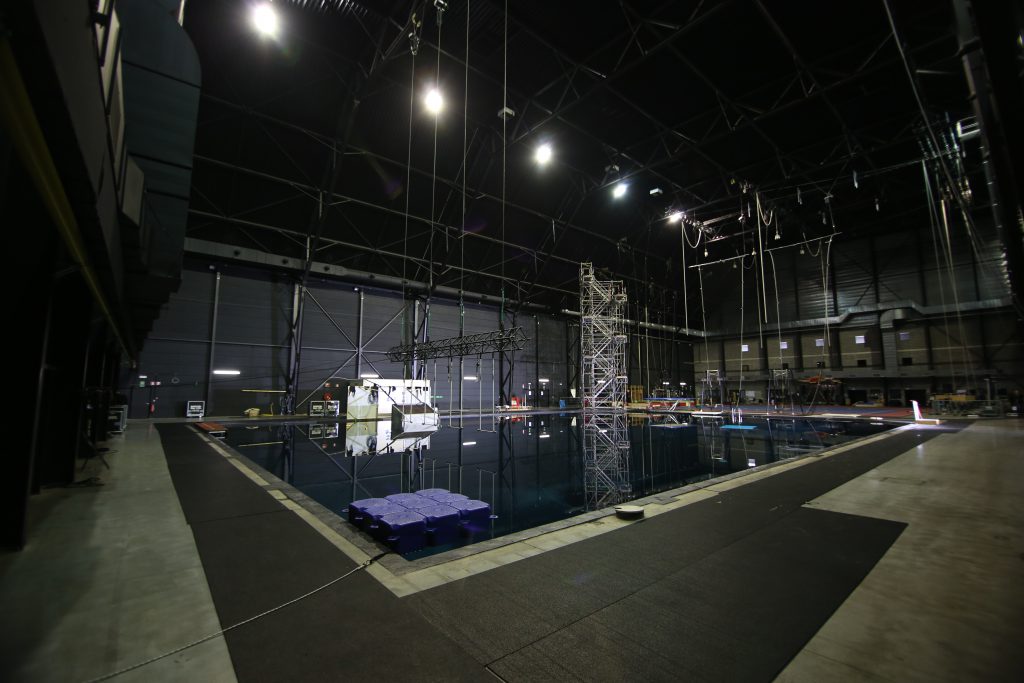 With recent attention from filmmakers such as Tim Burton and Tom Hooper, I get the impression that Belgium is on the cusp of breaking out internationally.

Well from my perspective, AED Studios is ready to compete with any other major production facility in the world. One of the best examples of this is our water tank. There are other studios in warmer climates that sometimes encounter particles in the water. Try to imagine that you are filming your project in a warm part of Europe and your footage becomes obscured because the clarity of the water is compromised. As a solution, you then need to head to a crystal-clear water tank to redo those scenes which will leave you paying twice. Sure, our facility is a little bit more expensive but you have the comfort of knowing that everything is under control.

Can you talk about some major technical challenges you’ve had to overcome at the studio?

We recently hosted production on Iron Sky: The Coming Race, which required an elaborate outdoor to indoor set-change. They explained that they wanted to start indoors the following day but they needed a green-screen 80 metres wide and 6 metres high. They said that if they could have it by 8pm, then maybe they’d only lose one day.

When we heard that, we said gave them two choices. They could either have it tomorrow at 8pm or add to their budget and we would do it overnight ourselves. Upon realising that they could save a day, they wholeheartedly agreed that it was the best thing to do. We put a crew of 12 riggers together and installed the green-screen for them overnight. The ability to react in this way is a direct result of the facilities that we have here on-site.

What can you tell us about future projects coming to AED?

Today we will have direct communication with the Producers of a potential television series, but we are also busy with about six or seven feature films. Secrecy is something we hold quite dear at AED, so I can’t elaborate too much.

Glenn, thank you for your time.