Written by Tom Deehan on Jul 5, 2017. Posted in On Location / Production News

Football star, Alexis Sanchez, is at the heart of a new commercial for the telecommunications company, Movistar, which utilised green screen facilities at London's Dukes Island Studios.

The spot is a collaborative effort between the Chilean production company, Le Fuerza, and the London-based production service company, Madam. 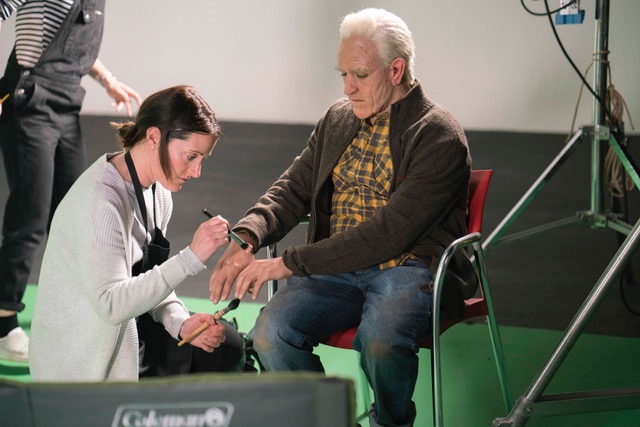 The commercial features Sanchez as an 80-year old man, recalling the glory days of his career.

Due to the footballer’s busy schedule, the production only had Sanchez on the premises for six hours, over half of which was spent applying prosthetics.

Jose Barake of Le Fuerza details: “working with Madam was a true delight. We needed a production company that could help us with a tight budget and a huge challenge that involved shooting a soccer superstar. They did an incredible job and made our first experience shooting in London a splendid one. I can’t wait to work with Madam again."

Michelle Stapleton: “it’s always wonderful collaborating with people who are as passionate about the work they do as Madam is.  It’s never easy working with tight budgets and tight schedules but it's always made easier when you have wonderful production companies to work for.”

London is a highly popular choice for commercial projects hoping to shoot on location. The city also boasts highly skilled local crew and a plethora of production facilities for studios shoots.

Madam has facilitated projects within the capital for a variety of clients including Pepsi and Whistle Sports, which were shot in Westminster and at Stamford Bridge respectively.

While non-applicable to commercial productions, the UK does employ a 25% tax rebate incentive for feature films and high-end television series that shoot on location within the country.