The Greater Cleveland Film Commission (GCFC) has confirmed that Ohio’s USD40 million tax incentive on filming has been renewed for the 2017-2018 period. The new economic year went into effect on July 1st, ensuring Ohio’s place as a competitive production hub into the near future. 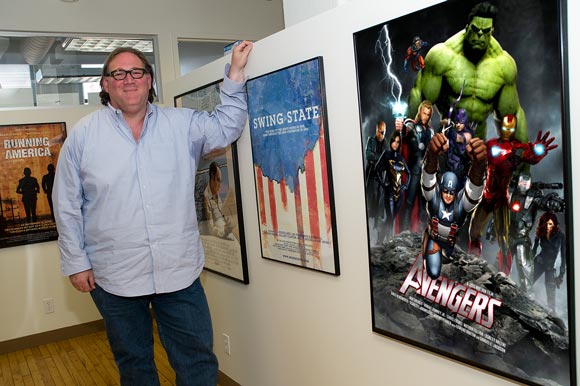 GCFC President, Ivan Schwarz (pictured) explains: “we're thrilled that the Governor has authorised the renewal of the incentive programme for this term. Since we first passed legislation for this tax credit in 2009, we have seen over USD400 million in economic impact and the creation of over 1,700 full-time equivalent jobs. I'd like to thank Governor Kasich, Speaker Cliff Rosenberger, Representatives Kirk Schuring and Matt Patten, Senate President Larry Obhof and Senators Frank LaRose and Matt Dolan for their leadership and vision.”

He continues: “every year, we see a long queue form for the incentive and within a few months of renewal we're capped out. Hollywood knows about the advantages of filming in Northeast Ohio, and we lose movies every year that choose to film in Ohio, but can't due to restraints on our incentive and infrastructure. This year, we will work to raise the incentive to USD80 million annually, which will not only attract more productions to Ohio but allow for the building of basic film infrastructure like sound stages and production offices. With that in place, we'll be able to bring thousands more jobs and hundreds of millions more dollars to this state and to Northeast Ohio."

Ohio currently offers a 30% transferable tax credit to productions that incur a relatively low spend of USD300,000 within the state. The scheme is available to a range of project types including commercials, video games and music videos.

In 2016, the fund for the programme was doubled from USD20 million to USD40 million, to entice more productions to utilise Ohio as a filming location.

The state recently hosted filming on the upcoming feature, The Old Man and the Gun. Starring Casey Affleck and Robert Redford, the production utilised locations throughout Cincinnati.