Written by Murray Ashton on Jul 21, 2017. Posted in Interviews

On location with Michael Brook, Manager of Screen Auckland

With over 10 years since the unparalleled success of The Lord of the Rings trilogy, New Zealand’s production industry shows no signs of slowing down.

As much of New Zealand’s recent production activity is concentrated to the Auckland area, TLG spoke to Michael Brook, Manager of Screen Auckland to understand why the region is becoming increasingly popular with international productions. 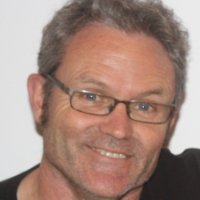 How did you become involved in the film business and what has been your career path to get you to your current role as manager of Screen Auckland?

Way back in 1986 I went to work at Vid-Com, which was Auckland’s largest production and post-production facility. After that, I spent a number of years in production and post – especially in the then-formative digital content sector which culminated in being a partner in a digital animation company in the mid-‘90s. Later on I became the Manager of the New Zealand Film Archive’s Auckland operation before joining Screen Auckland (then Film Auckland) 10 years ago.

I look after a really amazing team of people. I focus on our key relationships with industry, political stakeholders and other partners. Then there is the planning, strategy and forward thinking. We are a unit of Auckland Tourism, Events and Economic Development – the regional economic development agency for Auckland and a council-controlled organisation. There is plenty of connection and interaction with sectors across Auckland. 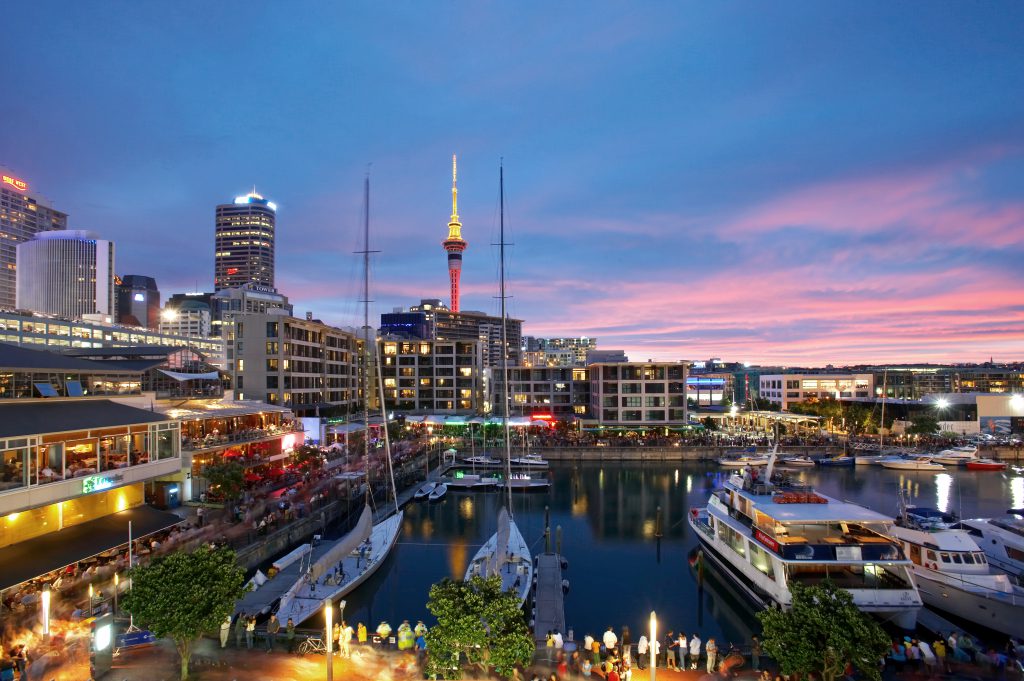 There are also international relationships to manage. Our Head of International Attraction, Harry Harrison, has brilliant relationships with key industry clients around the world. For the most part, I build relationships on the government side, in places such as in China, as well with organisations such as ACFI and AFCNet, of which I’m on the board of.

How do you assist foreign production professionals considering Auckland as a filming destination?

Screen Auckland does a range of things – first, there is the attraction side of things where we try to move heaven and earth to attract productions to Auckland based on our region’s fantastic offering of world-class crew and talent, diverse locations and production facilities, and our value for money. We can help producers with location scouting, budget estimates and finding the right facilities for their needs. We also permit filming on behalf of Auckland Council for public open spaces and help producers understand that system. We work closely with the New Zealand Film Commission and the other regional film offices around New Zealand to ensure we have a fully client-focussed approach.

We have heard that filming in NZ is increasing year on year but also that production in Auckland is booming! Is that right and if so, what is making this happen? 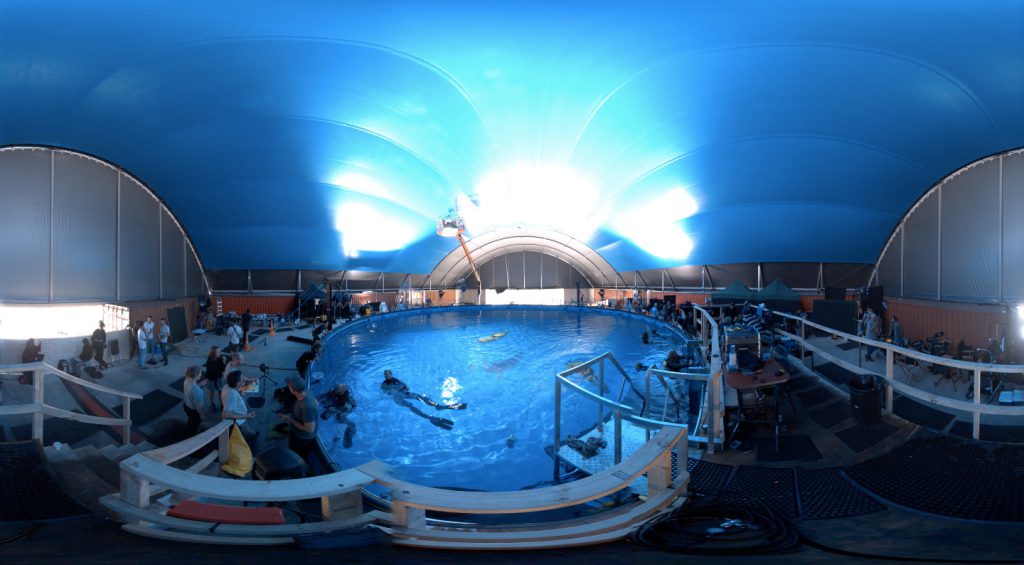 In 2016, Auckland’s screen production and post-production sector earned NZD972 million in gross revenue, employed thousands of skilled people in high-paid jobs and supported more than 300 businesses. This was a 10% increase on the previous year which had grown significantly on the one before it.

We have world-class industry professionals and companies right across the entire production process, alongside a burgeoning reputation that we deliver. The level of quality in terms of product and service that our industry provides – on productions such as MEG for Warner Bros/Gravity Pictures – speaks for itself.

We are also very grateful that New Zealand has a national grants incentive that is internationally competitive. This was boosted by the federal Government when we needed it several years ago. That was a big factor in making us a sought-after destination.

What can you tell us about Auckland as a filming destination?

We have amazing first-class talent, crews and Oscar-winning set and costume designers. Most learned their trade on fast turnaround TV productions and are renowned for being adaptable and innovative on a budget.  Our locations – from rugged beaches to mystical forests – are often breath taking but practical at the same time. We have urban environments which easily substitute for historic or cosmopolitan settings, and the city is committed to being ‘film friendly’ through a region-wide protocol. 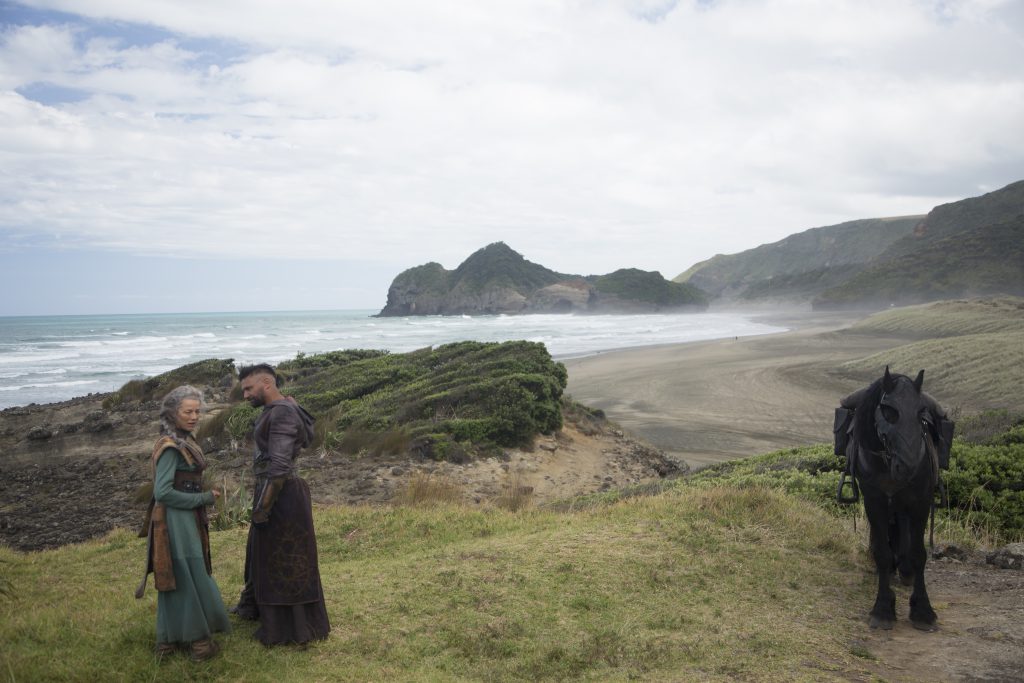 We are overnight flight away from the US west coast or Asia (and a little longer from Europe), and of course are on opposite seasons which is perfect for filming winter shoots in the northern summer for example. We have great studio facilities and infrastructure. Auckland is relatively safe by global standards and international stars can go about their off-shoot lives in peace.

Apart from the NZ national film incentives does Auckland offer any further financial or non-financial incentives?

In terms of pure financial incentives, we don’t offer anything on top of the national incentives. For the right projects we do offer support around things such as location scouting, feasibility studies, indicative budgeting and connections with industry. We also help productions examine opportunities to qualify for the extra 5 per cent grant ‘uplift’ that is part of the national incentives by introducing them to the New Zealand Film Commission.

What locations are most commonly used by foreign productions coming to film in Auckland?

Our most popular locations are black sand west coast beaches and the forests – pine and native rainforest – that are nearby. Bethells Beach, Muriwai, Woodhill Forest and Piha are favourites.  MEG used on-water locations on the stunning Hauraki Gulf. Communities such as Bethells have developed infrastructure to make it easy for producers to film there.  All of this is only 40 mins drive from our Central Business District (CBD). On a more mundane level, we also do a lot of permitting of shoots taking place on roads and transport routes. 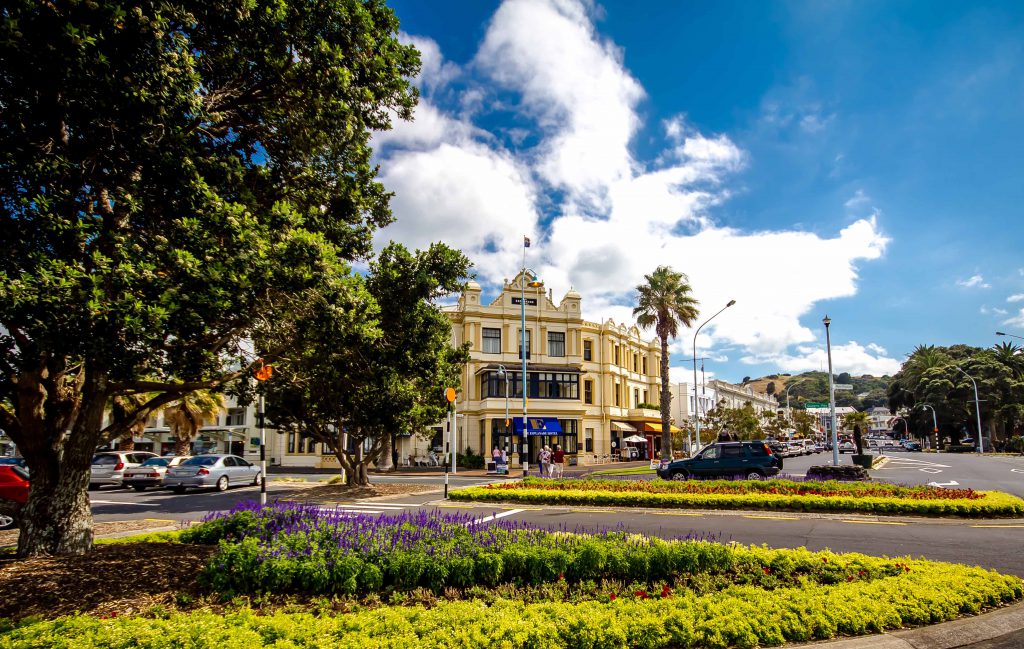 What are the more unusual locations that you have to offer that our readers would not necessarily associate with Auckland?

While famous for our forest and beaches, Auckland has networks of concrete tunnels which are a legacy of military defence emplacements built as far back as the 1880s. They are quite haunting on screen and have been used for several major productions.

We also have a CBD that is a great combination between Victorian and Edwardian heritage buildings and modern architecture (including a number of high-rises). Consequently Auckland has doubled for London, New York, Paris and Shanghai, amongst other locations.  Commercials tend to use our CBD to replicate international cities across the world.

What locations worldwide has Auckland been used to double for and on what productions?

We’ve had Auckland stand in for Narnia in The Lion, the Witch and the Wardrobe; for ancient Rome in Spartacus and Roman Empire; for Michigan in Ash vs Evil Dead; for post-war Tokyo in Emperor and Jellystone in Yogi Bear, just to name a few. 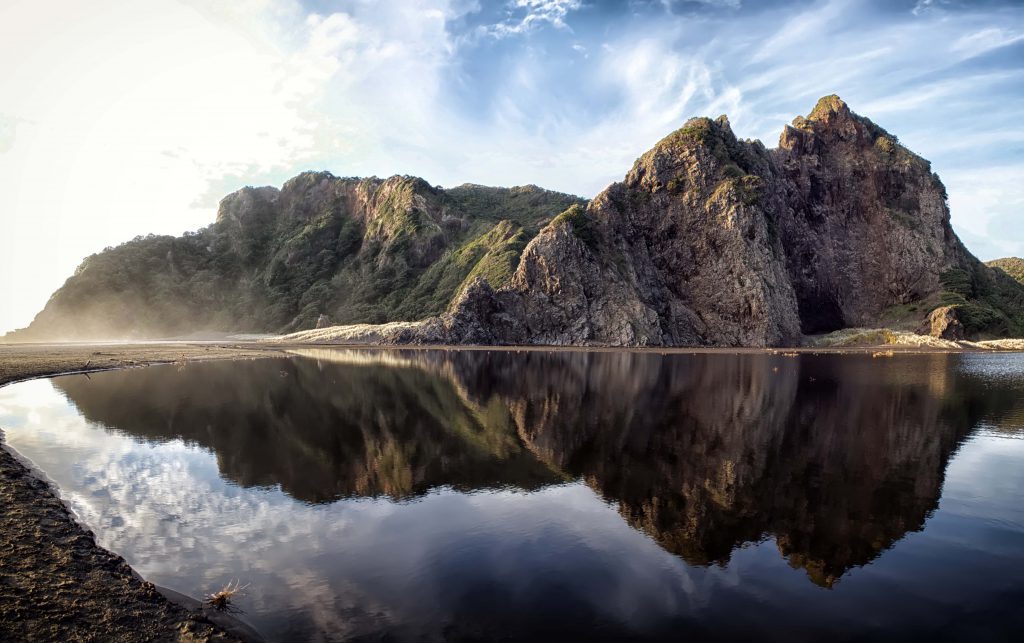 We have a film-friendly approach to make shooting as easy as possible. This is reinforced by a protocol instigated by Auckland Council. Auckland and New Zealand are very easy places to conduct business from a financial and taxation perspective. The World Bank rates us the easiest place in the world to start a business. The lack of fringes helps on the longer productions. New Zealand is always ranked as one of the most honest business environments in the world and we speak English, which generally helps as a common language for many in the industry.

How many location shooting permits were approved in 2016?

In Auckland, permits are not required for shooting on private property, only public open spaces. In 2015 we issued 310 permits and in 2016 we issued 521 – a 70% increase in our permitting activity. Our team of facilitators, led by Manager Kirsty Donoghue, do an incredible job of making the process as easy as possible for producers.

How many ‘location shoot days’ did Auckland record for 2016?

In terms of public places, there were about 670 days’ activity – 1.5 days per permit – and many more days on private land.

How many foreign productions shot in Auckland in 2016?

We had 95 international productions in Auckland in 2016. They break down as:

What other stats or filming economic impact data can you give us about productions filming your Auckland? 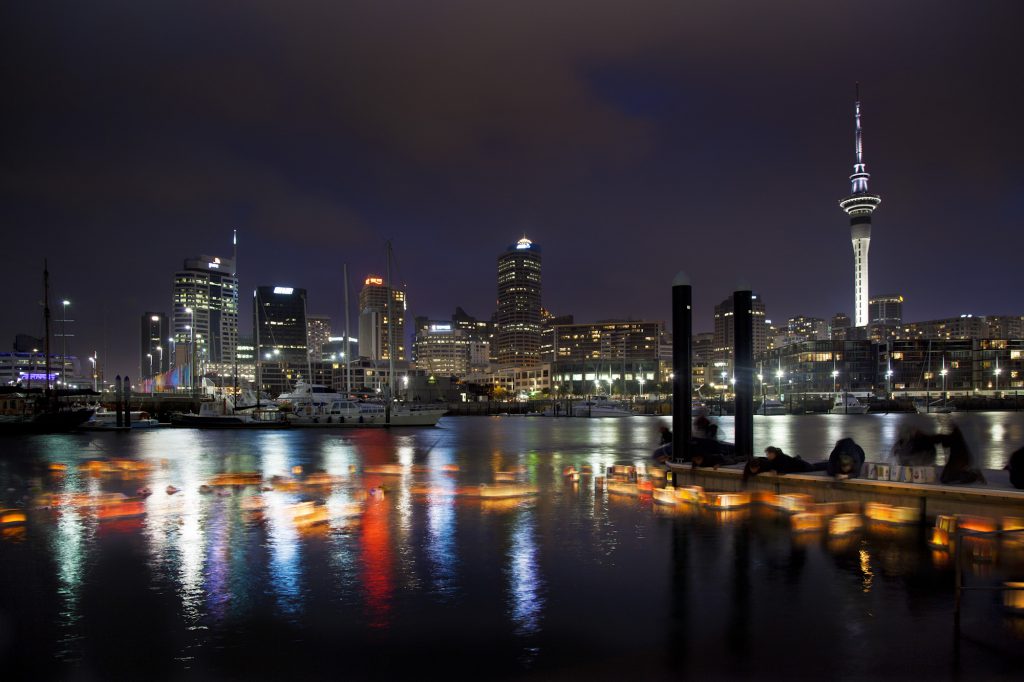 We’ve had productions wanting to create African villages, Chinese cities and ancient Rome in Auckland but we managed to find them all! We also get requests to close major city streets or to shoot on water or in highly sensitive ecosystem areas, but we always do our best make things work for everyone involved – especially the production and the community.

Are there any particular tips that you would like to share with our readers about filming in Auckland?

Auckland is experiencing unprecedented growth, and there is lots of building activity taking place. But with screen being a key sector of importance for Auckland, we are determined to balance the needs of productions alongside multiple major events – and we’ve done that very successfully. 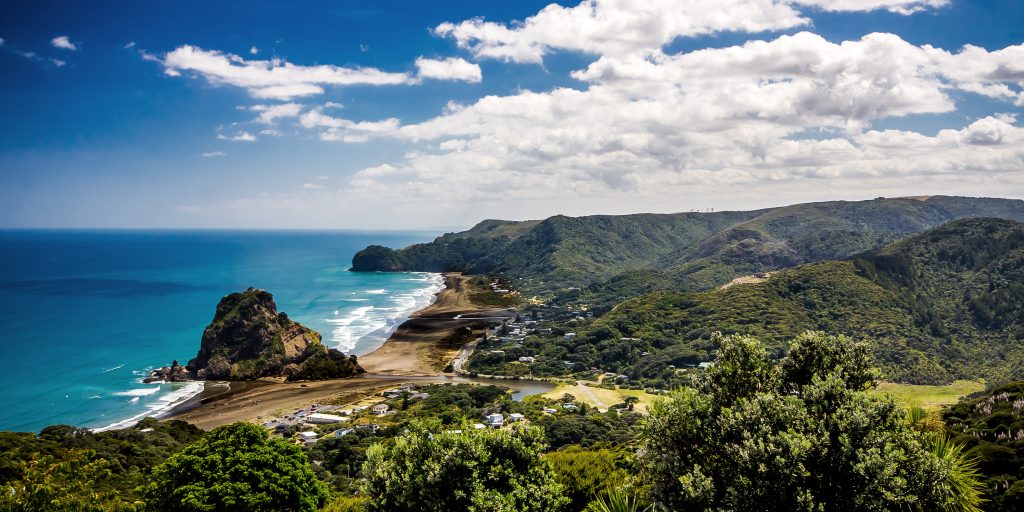 A large amount of infrastructure civil works are taking place in Auckland’s CBD which is impacting on space in the central city but thankfully we are still making it work. It helps that most of the key locations are in the city’s west and north, so the area is largely unaffected by the city’s expansion.

Auckland has a strong environmental focus, and communities expect our beautiful forest and native fauna to be protected. We always ensure that productions are aware of certain conditions that may be required to shoot in some areas, and will help to make that work too when working with productions.

What would you recommend crew and cast do to have fun and relax on down days or pre / post shoot? Do you have a favourite restaurants, bars, venues that you would be happy to share?

A ferry trip to Waiheke Island is no longer our best-kept secret thanks to rave reviews from global writers. It takes about 35 minutes via ferry and takes you to beaches, vineyards and great restaurants such as Mudbrick. Our Viaduct Basin is a waterfront precinct that has a fantastic choice of waterside dining options such as Soul, Dr Rudi’s and Euro. 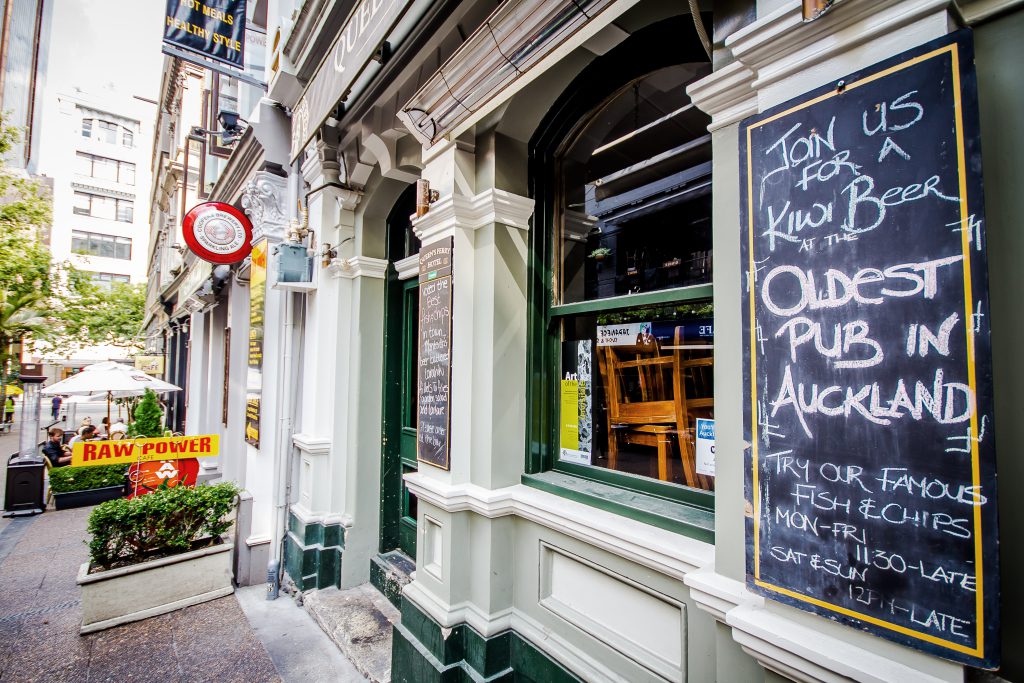 If by any chance you have a bit of downtime and like the outdoors you could visit the wild black sand beaches (think Karekare Beach where they shot The Piano), go hiking in our regional forest parks or up a volcanic cone. Tiritiri-Matangi Island is a beautiful wildlife sanctuary which reverberates to endangered birdsongs. We have a number of international-class golf courses, world-class sea fishing, whale and dolphin watching, and endless opportunities for surfing, sailing and kayaking. Auckland is the largest Polynesian city in the world and we have a unique Māori culture – for a cultural experience, the Auckland Art Gallery and the Auckland Museum are definitely worth a visit.

We have a beautiful city where we seem to successfully mix relaxation and dynamism at the same time. ‘Active relaxation’ is my thing, so you’ll find me out and about doing some sort of outdoor or sporting activity – which for the most part may well be driving my children to all of their weekend sporting endeavours!

Michael, thank you for your time.

It was my pleasure.