Written by Tom Deehan on Aug 3, 2017. Posted in On Location / Production News 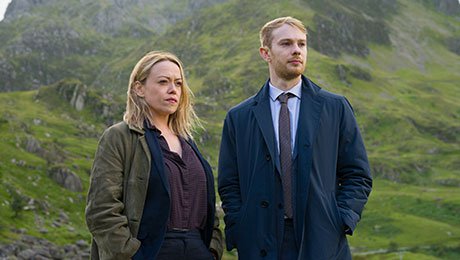 Produced by Severn Screen, the series will follow DI Cadi John as she discovers the body of a young woman after returning to her family home in North Wales. The series will be directed by Gareth Bryn, with a script penned by Mark Andrew, Caryl Lewis and Jeff Murphy.

Severn Screen Creative Director, Ed Talfan explains: “we are thrilled to be filming in North Wales. I know from the experience of shooting Y Gwyll/Hinterland in mid-Wales how important the landscape can be in helping to define a series. I fully expect the breath-taking landscape in and around Snowdonia to stamp itself on this series in the same way.”

The stunning natural landscape of Snowdonia, which boasts the tallest mountain in all of Wales, attracts millions of tourists every year. The region recently made an appearance in Guy Ritchie’s King Arthur: Legend of the Sword.

High-end television shows that incur a minimum spend in the UK of GBP1 million per broadcast hour can receive a 25% tax rebate to alleviate production costs. Additional funding can be sourced via Wales Screen, which has a total of GBP30 million to allocate to eligible productions each year.