Written by Tom Deehan on Sep 14, 2017. Posted in On Location / Production News

The latest BBC drama from Harry and Jack Williams may take a different approach to the traditional crime narrative, but the production utilised locations in some of London’s most popular boroughs for filming. Produced by New Pictures and Two Brothers Pictures, Rellik depicts the hunt for a serial killer, told in reverse. 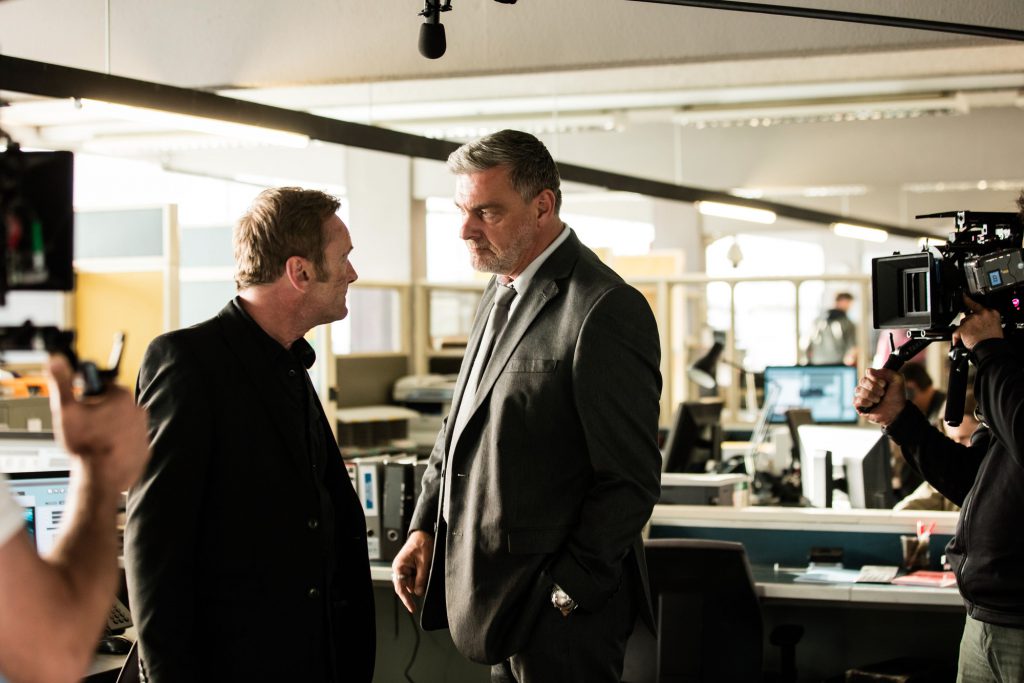 The Islington and Camden crematorium serves as the backdrop for an emotional scene as Elaine Shepard (Jodi Balfour) says goodbye to her deceased father.

FilmFixer Director, Andrew Pavord states: “she’s visiting the crematorium to bid her dead father goodbye, all alone except for crematorium staff, played by two real Islington Council staffers. The scene was filmed in a day in March this year with 35 cast and crew. We were really happy to talk to staff about playing a role in the scenes – it makes perfect sense to us that the drama would use real life crematorium staff. It worked really well.”

Haringey also features fairly prominently, as Gabriel Markham (Richard Dormer) walks past Alexandra Palace on a stormy night while Old Hornsey Town Hall was used to house the set of a crime scene.

One of the largest shoots for the show took place at The Islington Metal Works, requiring 300 members of cast and crew to stage a rave at the venue.

The Williams brothers are two of the most prolific British screenwriters working in the industry, after having achieved success with The Missing and the newly released ITV drama, Liar.

The second episode of Rellik airs September 18th, 9pm on BBC One.