Written by Tom Deehan on Sep 25, 2017. Posted in On Location / Production News

Benedict Cumberbatch’s family drama, The Child in Time, filmed in Suffolk and London

The Child in Time, the first drama from Benedict Cumberbatch’s production company (SunnyMarch TV), filmed on location in Suffolk and in the London boroughs of Haringey and Lambeth. 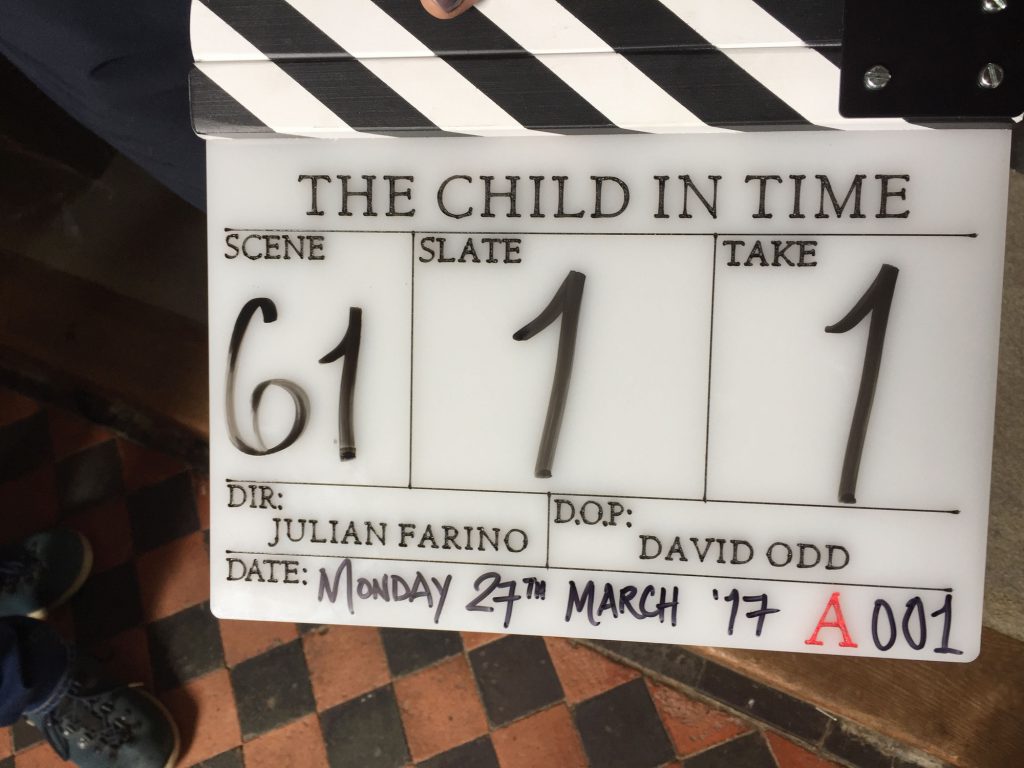 The one-off programme is an adaptation of Ian McEwan’s critically acclaimed novel of the same name, which depicts two parents coming to terms with the disappearance of their child.

The project’s fateful scene was shot at a Co-op supermarket in Crouch End. FilmFixer director Karen Everett says: “for these highly emotional scenes, the production positioned two mounted cameras to capture the action, as well as using one simple steady cam for close up shots just outside the Co-op. So as Benedict Cumberbatch left the supermarket, he walked with the flow of the general public and no pedestrians were stopped for the filming. There was a fake police car and two fake police in the background.

Everett continues: “there weren’t any lights on stands, no dolly and track. It was really well organised so that disruption was kept to an absolute minimum and to heighten the tension of the shots. A real Met Police officer was on hand in case anyone needed reassurance. The filming was done very quickly on a Sunday in April this year, with just 30 cast and crew. The Co-op interior scenes were shot before the shop was due to open in the morning. Then within a few hours that afternoon the exterior scenes in the area were done.” 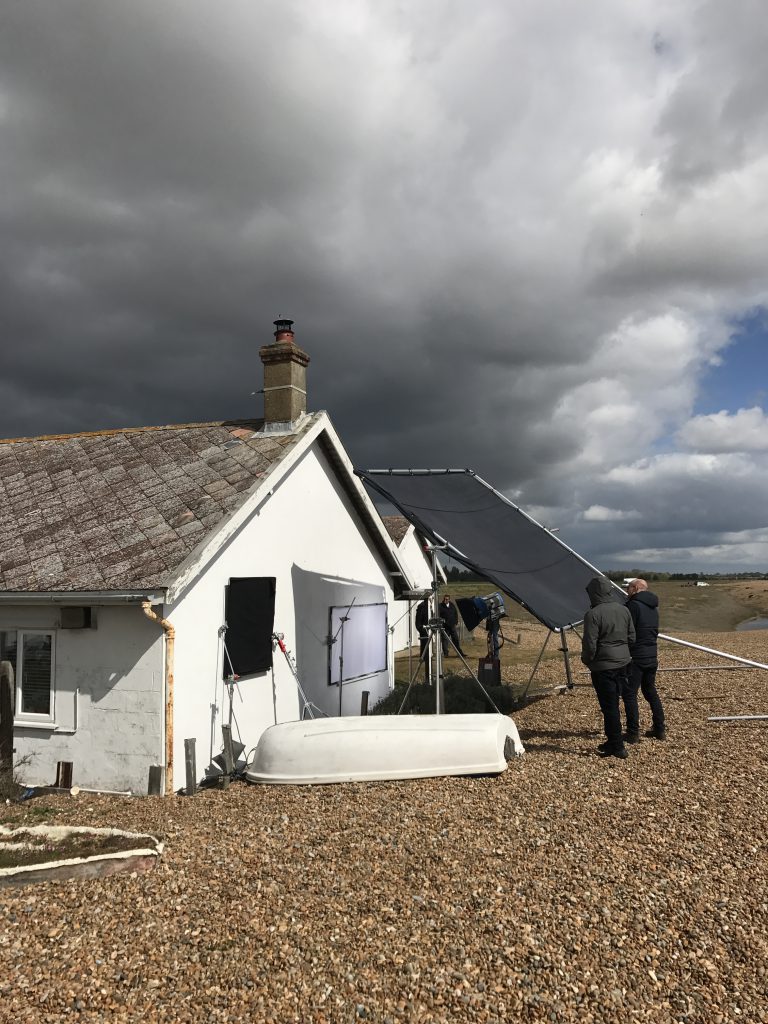 Scenes were also shot within Hornsey Town Hall and the National Theatre in Lambeth, the latter of which required 35 members of cast and crew.

The Suffolk portion of the shoot required a larger number of 40 cast and crew members, as Everett explains: “they shot all around the Shingle Street area in April this year. They created a small train station for the arrival of Benedict Cumberbatch’s character. As he walked from there along to the beach, he crossed land belonging to many local property owners, all of whom were paid private location fees. One of the end-of-terrace houses was turned into a pub. There we see Benedict Cumberbatch taking a pint outside to look at the sea.”

“In four days, the production spent just over GBP44,000 on local goods and services. It’s a shining example of why we must continue working hard to attract big productions into the county. That budget included 252 nights in hotels, in total, for all cast and crew members, food bought by the caterers, private location fees paid to residents and the sums each cast and crew member was spending in local shops and pubs. On a big shoot like this it adds up very quickly."

Filming was facilitated with the help of Screen Suffolk and FilmFixer. Suffolk recently hosted ITV’s six-part drama, Fearless. The programme was able to find “David Lynch style” locations within the county.

Production activity within the UK is incentivised by a 25% tax rebate available to high-end television shows and feature films. TV projects must spend at least GBP1 million per broadcast hour to qualify while feature films need only spend 10% of their budget within the country.

The Child in Time is now available to stream via BBC iPlayer.