Estonia’s cash rebate incentive, which was piloted in 2016, has attracted an inward spend of EUR1.6 million, twice that of what was initially expected. The Estonian Film Institute had expected that every euro spent would be tripled by foreign investment when in reality, seven euros were brought in against each euro spent. 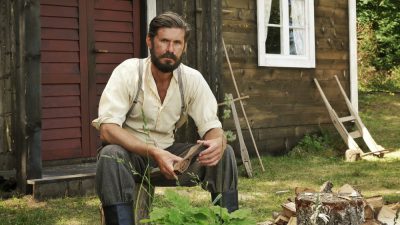 A total fund of EUR502,000 was set aside to fund the incentive during its first year, which has since increased to EUR1 million for 2017.

Edith Sepp, Head of the Estonian Film Institute explains: “Estonia has received foreign funding that would have found no way here otherwise. It is especially gratifying that Film Estonia has allowed Estonian crews to get some extra work. Foreign production companies have brought four new projects to our doorstep this autumn, this time from Denmark, Germany, Great Britain and Finland. These investments in Estonia already exceed 4 million euros.”

Under the incentive programme, feature films, television series, documentaries and animated projects can receive a cash rebate of up to 30% based on locally incurred expenditures. Estonia was the last of the Baltic states to introduce a dedicated financial incentive for filming, bringing the country in-line with other production hubs around the world.

With an already lower than average cost rate on goods and services, in addition to its wide range of period-friendly locations, Estonia’s popularity could soar exponentially over the coming years.

Plans are already underway to construct a state of the art production facility entitled Tallinn Film Wonderland. The complex will have three sound stages equipped with green screen capabilities.