Written by Tom Deehan on Sep 22, 2017. Posted in On Location / Production News

Hyundai have shot two commercials for their SUV and Sedan range of cars on location in Dubai. The city was chosen for its ability to portray multiple location types, with Central Films on hand to provide production services. 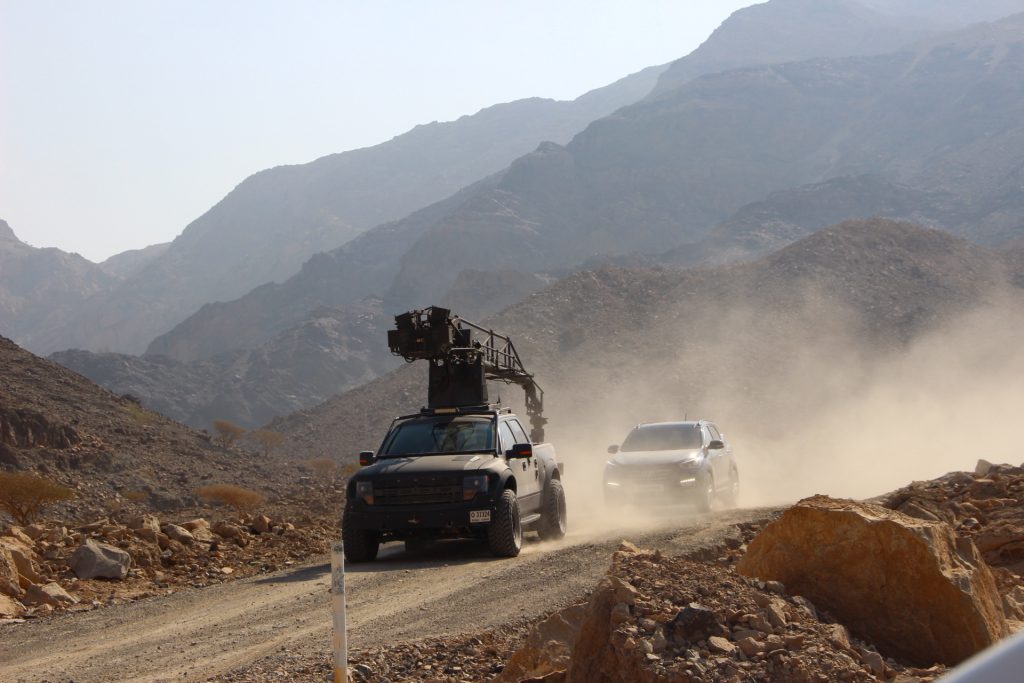 Ian Ross, Producer at Central Films explains: “Hyundai originally thought they would have to go to several countries to get all the diverse locations they needed.  But the shooting schedule and director’s availability meant that was not possible. Radio Film approached us for location ideas all over the United Arab Emirates and loved the images we sent. All of the locations we shot were easy driving distance from Dubai city, so no out-of-Dubai hotels were needed.  And, Dubai is a very central, easy-to-get to place with excellent crews and lots of specialised gear to shoot cars."

Central Films has had experience in servicing commercials for a range of different car companies including Volvo, Jaguar Land Rover, Toyota and Nissan.

Ross continues: “an Ultimate Arm was used for the car tracking shots and a heavy-lift drone was used for a RED camera. Dubai is also a very easy place to import and export new-model cars. We had full control with police support both day and night, using eight-lane highways in the centre of the city. Eight-lane highways were also used in the desert, which we were able to reach in less than one hour from the city. No post-production was required for the cars on the opening SUV desert interchange – we did a complete police lock-down.”

Despite lacking a dedicated financial incentive, Dubai remains one of the UAE's most popular filming locations. Science fiction sequel, Star Trek Beyond spent two weeks filming a major set-piece within the city. Dubai’s political stability also works in favour of its production industry, presenting the city as a safe alternative to other Middle Eastern territories.