Scouting in Kent: filming locations in the Garden of England

At the generosity of QHotels and with assistance from the Kent Film Office, TLG was invited along with three location managers (Mick Ratman, Martin Walker and Peter Camilleri) to tour the county of Kent, often titled the ‘Garden of England’. 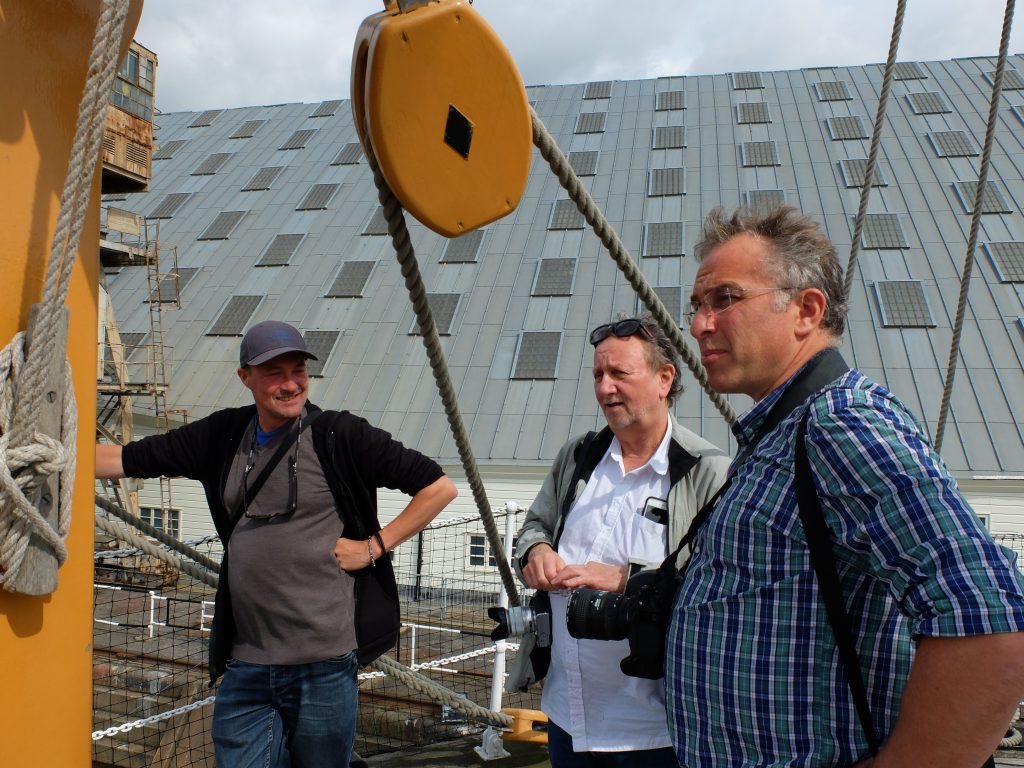 Our journey to Kent seemed like a perfectly timed opportunity to delve into the heart of a current trend that appears to be growing in the UK production industry. While London has long been touted as the go-to location for UK-based shoots, rising costs and diminishing examples of period architecture have driven a whole host of projects out to previously unfilmed areas of the country. At only an hour away from London by train, Kent is in a prime position to become a new industry favourite.

The first stop of the familiarisation tour also happened to be one of Kent’s most popular filming destinations, the Historic Dockyard Chatham. While the name may elude some people, the aesthetic of the Dockyard is certainly recognisable from such projects as Mr. Selfridge, The Crown and Close to the Enemy. The site’s popularity is owed to its current status as a maritime museum, which ensures that its rustic warehouses and ships are kept intact. 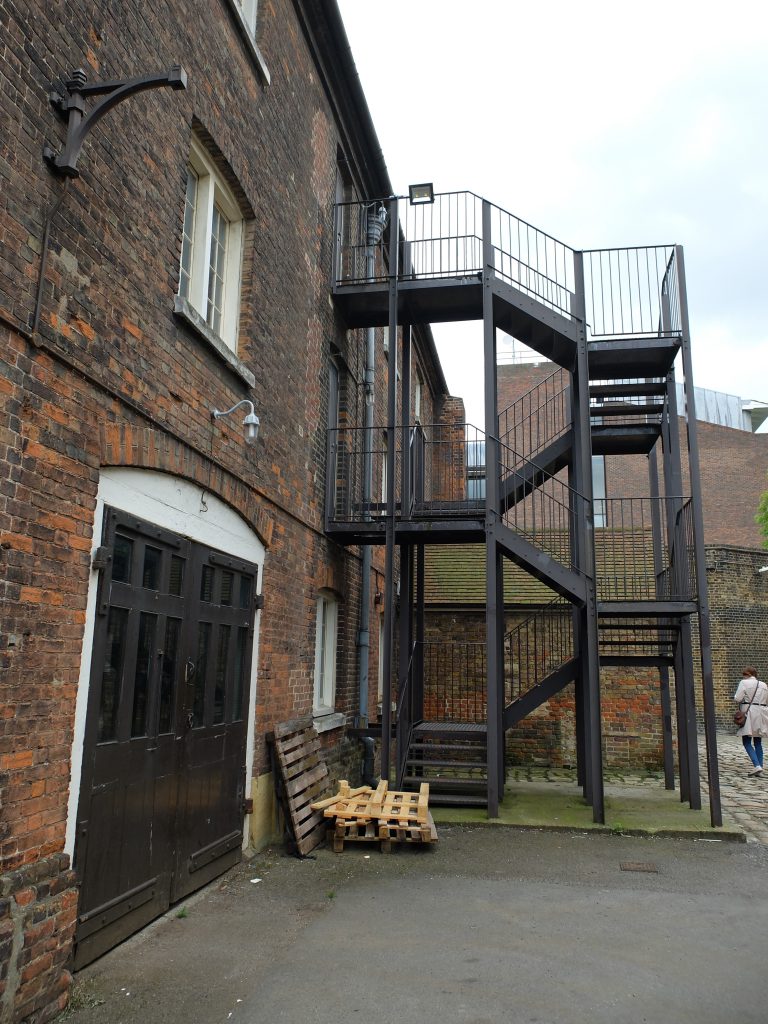 The cobble-stone streets between the warehouses have been used to great effect as a cheat for London’s East-End in the 1950s for Call the Midwife. Location Manager Mick Ratman is quick to point out however that the area could just as easily be used as a double for Dublin. The aesthetic is very similar to that of another BBC series, Ripper Street, which actually shoots on location in Dublin as a means of depicting London’s East-End, but with no signs of modernisation in sight there’s hardly any need to use green screens whilst on location at the Dockyard.

Location Manager Martin Walker notes: “I know Kent can offer anything a shoot would need, from urban to historical locations and everything in between.  Personally, I feel that Chatham Docks has a wonderful variety of locations in it, especially for any period shoot.”

Martin is no stranger to the filming possibilities of Kent, having utilised the county only just last year for the Bollywood period feature, Rustom. While the Dockyard boasts a large array of ships, none are so precious as the HMS Cavalier. Constructed in 1944, the British destroyer was able to survive the Second World War and become the last remaining ship of its kind. Due to the priceless nature of the ship, filming on the HMS Cavalier is not without its restrictions but it was most recently used as a reference point for the ships seen in Christopher Nolan’s Dunkirk. 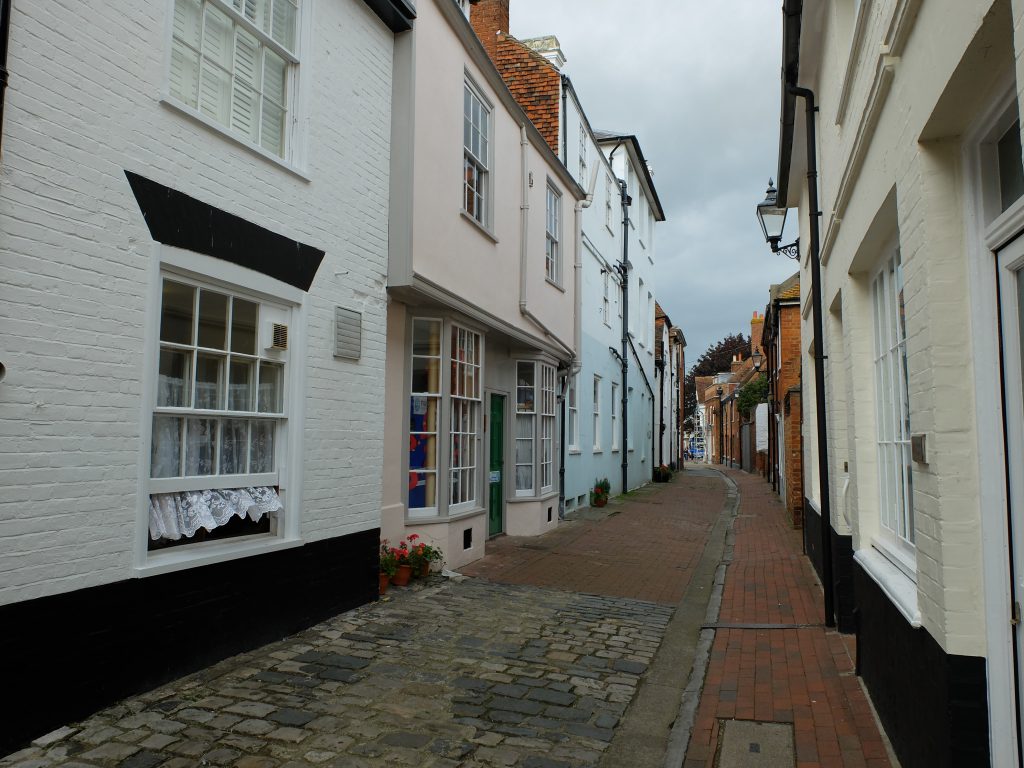 Moving away from the Dockyard, the extent of Kent's preservation efforts soon became clear. If not for the occasional parked car and advertisement for a caramel macchiato in a cafe window, you’d be hard pushed to find any immediate signs of modernisation in the town of Faversham. For instance, while the Royal Cinema (Faversham’s local picture house) may exhibit posters for the latest films on its front, the establishment is immediately noticeable for having stayed true to its 1930s aesthetic.

Around the corner from the Royal Cinema, the Guildhall towers above Faversham’s market square, separated from nearby buildings and identifiable by its bright blue facade. Originally constructed in 1572 (and partially rebuilt in 1814), the building features a meeting room with a long table that is still used by the local Government to this day. In this context, Faversham is one of the most cost-effective locations within Kent. As an out-of-the-box location, Faversham requires minimal dressing for establishing a particular time period, saving you time as well as money. 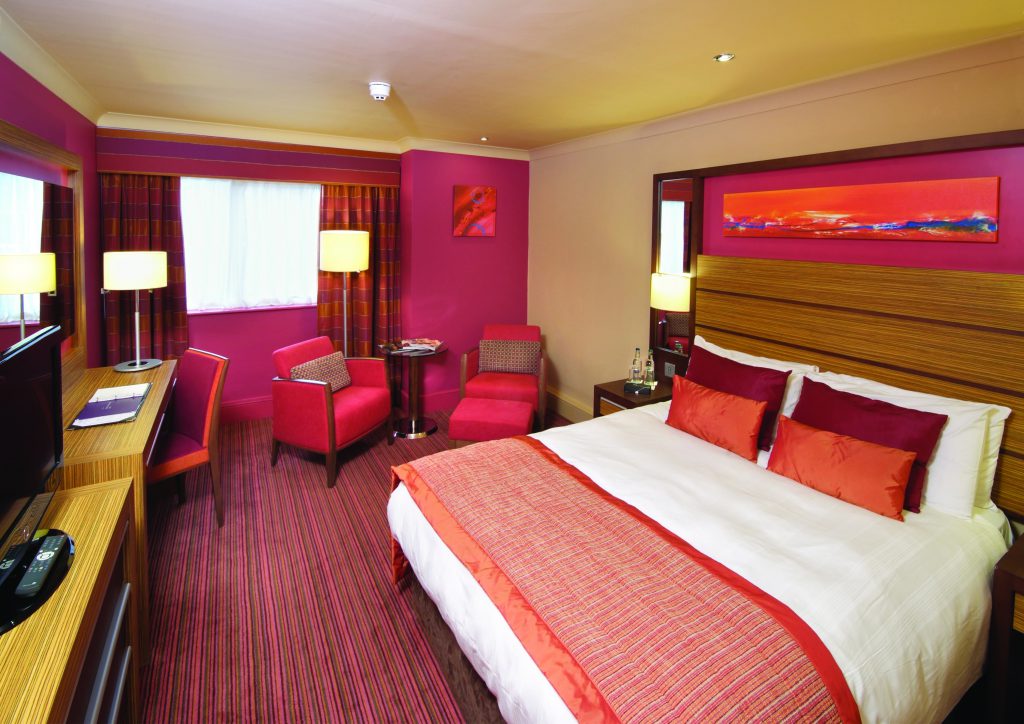 As any location manager will know however, a locale is only as good as its ability to host cast and crew comfortably and sufficiently. QHotels, one of the UK’s largest chains of luxury hotels boasts two branches within Kent: Bridgewood Manor Hotel and Ashford International Hotel. The two hotels boast 279 bedrooms between them. The staff at both hotels are also well accustomed to the needs of productions and are happy to meet your requests.

Emily Lockwood, Director of Sales at Bridgewood Manor explains: “Bridgewood Manor Hotel has had a great deal of experience in hosting productions, ranging from the BBC’s Flog It to Hetty Feather to the upcoming feature film, Holmes and Watson. As we understand the production industry, we will work with more flexible terms, offer group rates and know that the team will probably want a pint after they finish filming at 4am!” 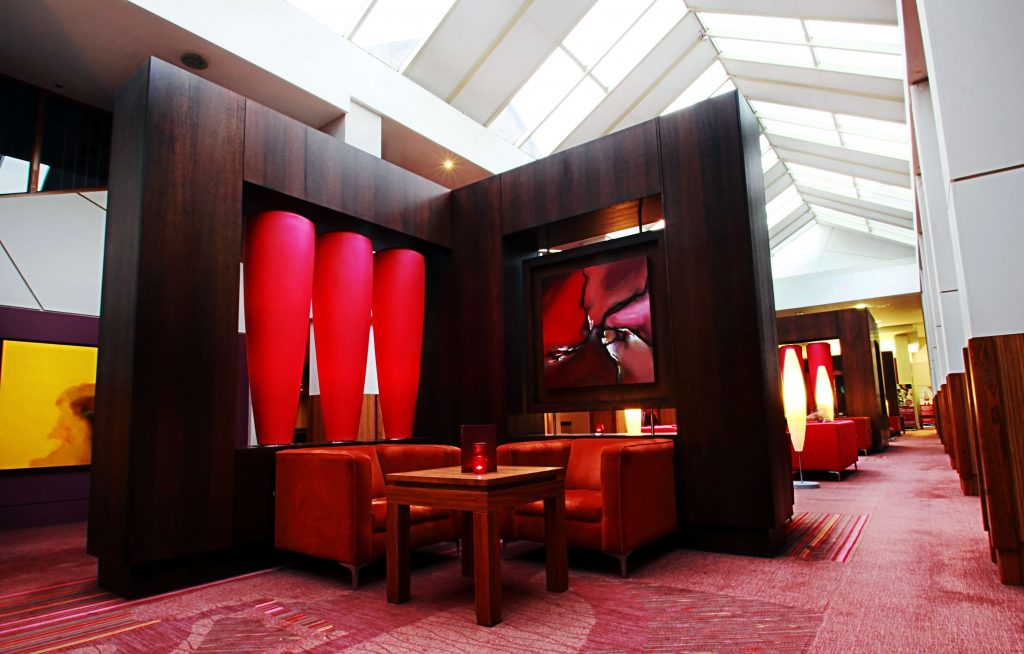 Following our departure from Ashford International, we made our way to one of Kent’s more popular tourist attractions, Tenterden Railway Station. As part of the Kent & East Sussex Railway, Tenterden houses a range of steam trains that have been maintained and repurposed for catering and events, arguably the most famous of which is the Wealden Pullman. The train itself boasts two dining carriages, one from the 1920s and the other from the 1930s, offering a wide range of art styles to suit your needs.

The Kent & East Sussex railway will take you through just over 10 miles of unperturbed countryside, which allows for more filming time without the need to reset the train’s position or utilise post-production facilities to remove buildings that would betray a desired time period. 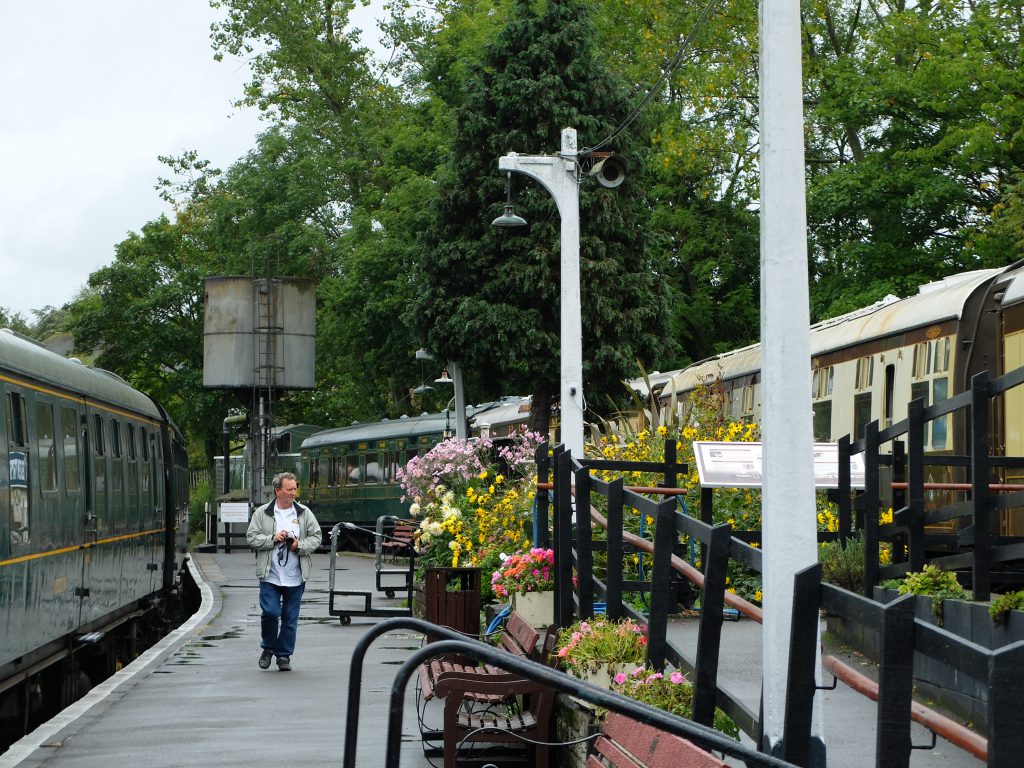 One of Tenterden’s unique selling points, as noted by the location managers in attendance, is its picket fence level crossing with a view of the nearby countryside. Mick Ratman added: “if producers knew about it then a script could be adapted to include it.”

The final stop of our tour was the famed Leeds Castle and although rain had begun to pour, the magnitude of the location was no less impressive. Surrounded by an expansive lake and luscious greenery, Leeds Castle dates back to the 13th century but surprisingly enough, producers can also expect to find examples of 1920s décor on site. The Castle’s last private owner, Lady Baillie, purchased the building in 1926 and filled part of it with furniture and decorations that were popular at the time.

Martin Walker, who had already visited part of the castle for a previous project, stated: “I love Leeds Castle. I knew the outside but our trip around the inside of the castle was a real treat. So much history has gone on in there, from the 1400s right to the present day. The castle has never stopped being part of our country's history.” 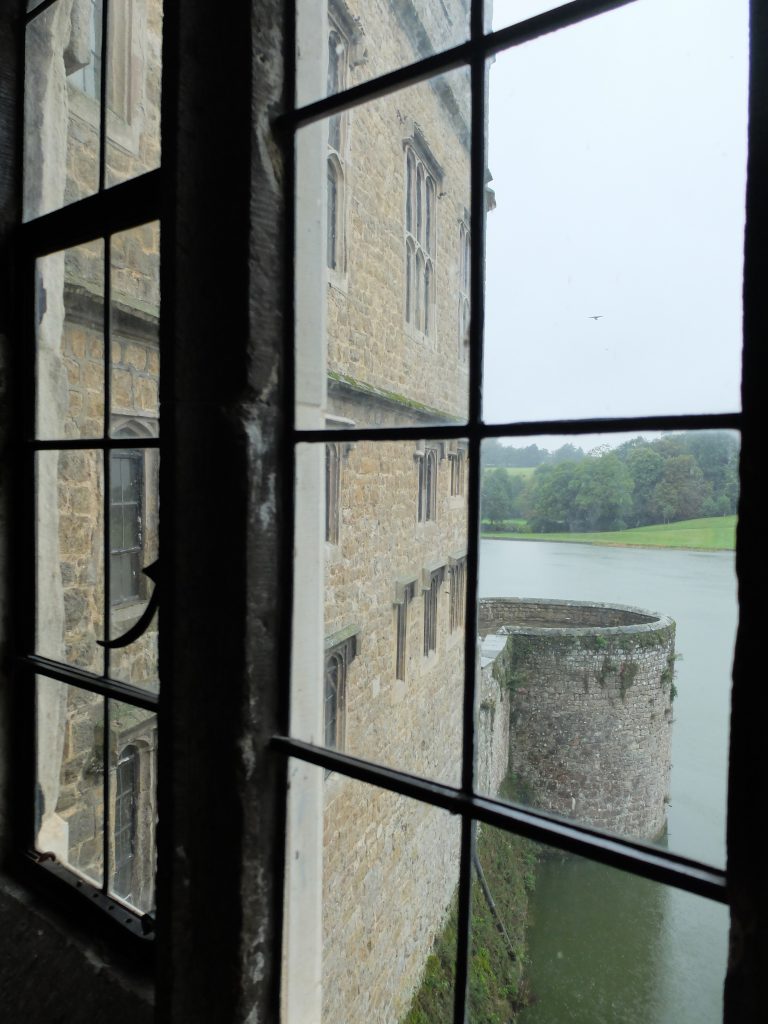 For almost any period project, Kent is an unbridled treasure trove of locations and should certainly be one of your first considerations. With a dedicated film office, a large local crew base and luxury local accommodation, Kent has the infrastructure needed to take on high-end productions. It’s also worth considering that with the UK’s 25% tax rebate available to producers that shoot within the county, Kent could become one of the most sought after filming locations outside of London.

A number of film offices from around the UK will be attending this year's FOCUS event. Focus is the end of year meeting place for the international film, TV, advertising and interactive entertainment industries. Click here to register your attendance.

Mick Ratman is a member of the Location Managers Guild International, the global organisation dedicated to unifying production practices within the industry for location professionals.