Written by Tom Deehan on Sep 12, 2017. Posted in General Interest

The Bradford Film Office to launch a Chinese branch in Qingdao

As part of an effort to increase co-production activity between the UK and China, the Bradford Film Office will be opening a branch in Qingdao. The launch of the new office will coincide with the Qingdao Film Trade and Domestic Film Production Festival. 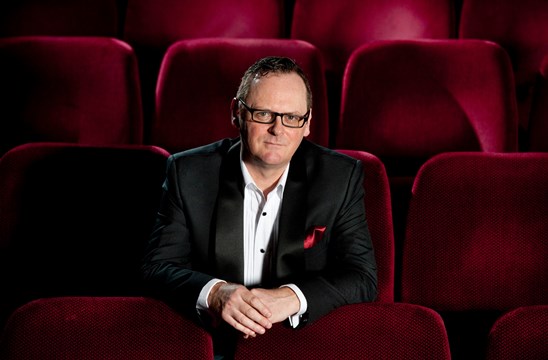 David Wilson, Director of Bradford UNESCO City of Film (pictured), explained: “we’ve been working with Qingdao for some time now and I was very fortunate to have visited the city earlier this year and see firsthand the scale of ambition for film. The establishment of a Bradford Film Office in Qingdao will enable the UK to have a portal to promote UK co production opportunities, and wider business opportunities particularly in Leeds City Region and the North of England.”

Qingdao is fast becoming one of the main hubs of China’s production industry, due in part to being the home of Wanda Studios Qingdao. The high-end studio facility has attracted major Hollywood projects such as Pacific Rim: Uprising and Godzilla: King of Monsters, incentivised by a privately funded 40% tax rebate.

Bradford has seen its popularity as a filming location rise within the last few years. The implementation of Screen Yorkshire’s content fund has made the northern city a cost-effective destination, particularly for period projects. Bradford recently hosted filming on the upcoming Bollywood feature, Gold.

Additionally, a 25% tax rebate is available for projects that shoot within the UK. Feature films need only spend 10% of their budget locally to access the incentive, making the UK a highly popular location amongst international co-productions.