Assam, India to install a film incentive programme in bid to boost tourism

The Indian state of Assam has unveiled a new tourism policy which includes a dedicated film incentive programme. Designed to stimulate the local production industry and attract producers from abroad, the incentive can cover up to 45% of your expenditure within the state.

The incentive will initially operate over a five-year period, starting in January of next year and running until December 2022. 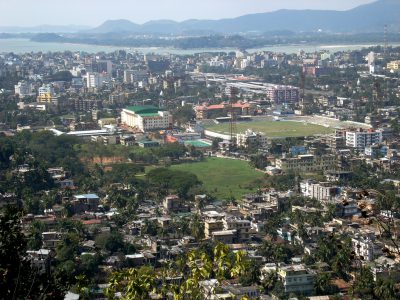 Tourism and Finance Minister, Himanta Biswa Sarma explains: ‘we want to attract filmmakers from all over to come and shoot in different beautiful locations in Assam. Those who shoot a minimum of 25% of the film in Assam will get a financial grant of up to 25% of the expenditure made in the state, with a ceiling of Rs1 crore (roughly USD153,000). Those making a film [with] a storyline on Assam’s culture, tourism or heritage will get 10% more. And if 50% or more of the shooting is done here, then there will be another 10%.”

Sarma adds: “the producers who [have made] 10 films in Hindi, English [or] foreign language will be provided [with] free accommodation and transport for their important casts during the period of stay for shooting films in Assam.”

After a highly turbulent relationship with the international production industry, India is now on track to becoming a more film-friendly destination.

In early 2017, a new film visa was introduced that allows for stays of up to one year with multiple entries into the country.

The potential for collaboration between the production and tourism industries has grown exponentially with the recent boom of film tourism. Popular television series such Game of Thrones and Outlander have led the charge, drawing massive amounts of tourists to locations in Northern Ireland, Scotland and Croatia.