Written by Tom Deehan on Oct 17, 2017. Posted in On Location / Production News

Filming is now underway for a new six-part drama from writer/producer Jed Mercurio, best known for his work on the BBC's Line of Duty. Entitled Bodyguard, the new series has been utilising a number of locations throughout the City of London including 20 Old Bailey (pictured). 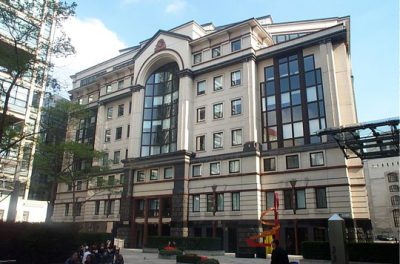 Jed Mercurio explains: “I'm hugely flattered by the superb cast who've joined Bodyguard, led by Richard Madden and Keeley Hawes, both of whom I’m delighted to be working with again and I’m immensely grateful to the BBC and World Productions for their unstinting support for the series."

Actor Richard Madden adds: “I’m very excited to be working with Jed Mercurio again and thrilled to be working with Keeley Hawes for the first time. Jed has created a remarkable story that resonates with the very heart of modern-day London and real characters trying to survive in this world.”

London recently played host to the television special, The Child in Time, which also made use of locations in Suffolk.

High-end television programmes that spend a minimum of GBP1 million per-broadcast hour within the UK are eligible for a 25% tax rebate. The incentive is designed to stimulate the UK’s production industry and attract a variety of projects from abroad.

Several film offices from around the UK will be attending FOCUS - the meeting place for international production in December. Click here to register your attendance.