The Kansas City Council has voted to increase their local film incentive, changing the highest available rebate to 10% - an overall increase of 2.5%. The move will allow Kansas City to attract more productions than ever before, providing ample work for local labour. 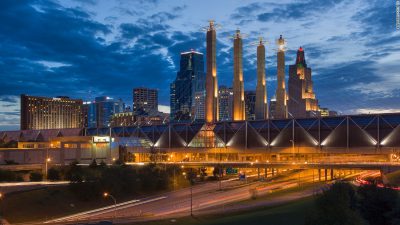 Megan Crigger, Director of Creative Services for the City of Kansas City adds: "since the Film Development Programme was approved in 2016, more than three quarters of a million dollars was spent on goods and services in Kansas City, MO related to film production. This spend resulted in more than 200 film industry jobs. The update to the programme ensures that Kansas City remains competitive and that the creative and economic momentum continues.”

A state-wide incentive was once available in Missouri until lawmakers allowed the programme to expire in 2014. One of the last projects to access the incentive was David Fincher’s Gone Girl, which invested close to USD8 million into the local economy.

The Kansas City Council introduced the local incentive in 2016, providing rebates between 3.5-7% on locally incurred expenditure. An additional 0.5% is also available in marketing bonuses.

A required minimum spend of USD50,000 is required for television shows, increasing to USD100,000 in the case of feature films.

The upcoming film, All Creatures Here Below, was the first project to access the local incentive.

Dedicated incentive programmes are key to attracting producers to shoot in specific locations. States such as Florida and Alaska have seen their production rates plummet after deciding to discontinue their respective incentives.