Written by Tom Deehan on Oct 30, 2017. Posted in On Location / Production News

The first feature length Hollywood production to shoot in Mauritius, Serenity, was able to secure a 39% rebate on a budget of USD25 million. Directed by Stephen Knight and starring Matthew McConaughey, principal photography for the film began in late July and concluded in September, with post-production work set to conclude this month. 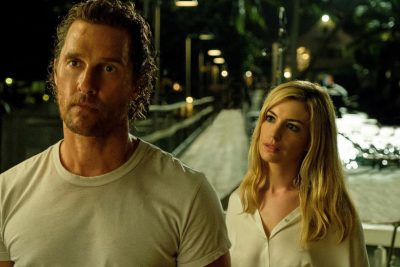 Serenity is produced by IM Global, with Identical Pictures having provided production services. Due to Mauritius' developing production industry, equipment was transported from South Africa in order to accommodate the shoot.

In detailing Mauritius to Variety, producer Jeremy Nathan explains: “there’s a great openness and a great willingness to get the industry up and running. It’s an embryonic industry, but it’s growing at a very rapid speed.”

Mauritius’ close proximity to South Africa, one of the most popular filming destinations worldwide, allows producers to combine the unique aesthetics offered by the two regions at a low cost.

Productions that film in Mauritius can receive a rebate of up to 40% to cover their local expenditure, an increase on the initial 30% offered when the rebate first launched in 2013. The scheme is available to feature films, documentaries and television series.

The required minimum spend to access the incentive varies between production types, such as MUR6 million and MUR2.25 million for feature films and television shows respectively.

Despite having a dedicated film incentive and experienced local crew, Mauritius has struggled to compete with other island locations around the world aside from attracting a steady flow of commercials productions.

Upon its release in 2018, Serenity is expected to have a significant impact on Mauritius’ profile as a viable filming location. The film also stars Anne Hathaway, Diane Lane and Jason Clarke.