Written by Tom Deehan on Oct 6, 2017. Posted in On Location / Production News

The New Mexico Film Office has revealed that principal photography on Miles Joris-Peyrafitte’s Dreamland will commence in mid-October and continue until mid-November. 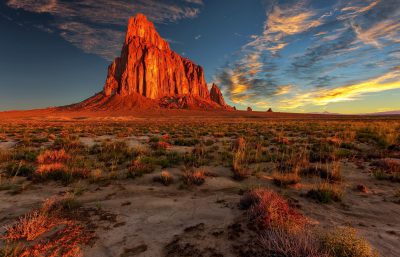 Roughly 100 local crew members will be employed for work on the production, in addition to 18 local principal actors and 225 local background talent.

With Margot Robbie (Goodbye Christopher Robin) cast in a leading role, Dreamland is being produced by Romulus Entertainment, Automatik Entertainment and LuckChap Entertainment.

The film will follow the attempts of Eugene Evans to capture a notorious bank robber, in the hopes using the bounty to save his family’s farm from foreclosure.

New Mexico boasts one of the busiest production hubs in the United States. Due to its dedicated film incentive programme, it provides one of the most cost-effective means of sourcing desert locations, with the ability to double for Mexico, Arizona and even Australia.

Productions that spend at least one day filming within the state can receive a refundable tax credit of 25%. By removing the need to meet a minimum spend, the incentive programme is particularly inclusive of low-budget projects. An additional 5% uplift is available on costs relating to off-camera residents.

Albuquerque recently hosted a shoot for season three of Mr. Robot, while principal photography for The Ballad of Buster Scruggs concluded last month in Santa Fe.