Written by Tom Deehan on Oct 27, 2017. Posted in General Interest 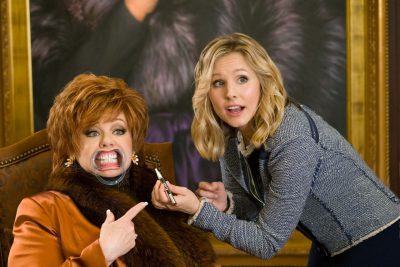 Greenberg adds: “the commission will be an important resource for DeKalb County as the entertainment industry continues to grow across Georgia. It has already had an enormous economic impact statewide, with USD9.5 billion in film and television, USD3.7 billion in music and almost USD2 billion in digital entertainment.”

As part of the launch, a new website has been set-up for the commission which features an online portal for viewing locations and quickly accessing film permits. For producers who are keen on using local production facilities, DeKalb County currently has three film studios: Third Rail Studios, Eagle Rock Studios and Blackhall Studios, which offer a total of 13 soundstages between them.

Georgia boasts one of the most active production hubs in the United States. Through it’s dedicated film incentive that offers a 30% tax credit, the state has attracted an influx of productions ranging from Netflix’s Stranger Things to Edgar Wright’s Baby Driver. One of the last major projects to film in DeKalb County was The Boss starring Melissa McCarthy (pictured).

Productions must incur a minimum local spend of USD500,000 and feature the Georgia logo in order to access the full 30% rate.