Written by Tom Deehan on Nov 10, 2017. Posted in On Location / Production News

Kenneth Lonergan’s adaptation of EM Forster’s classic novel, Howards End, found its titular location at Vann in Surrey. Co-produced by the BBC and Starz, the four-part series also utilised locations in Central London including Australia House which had never hosted a television drama before. 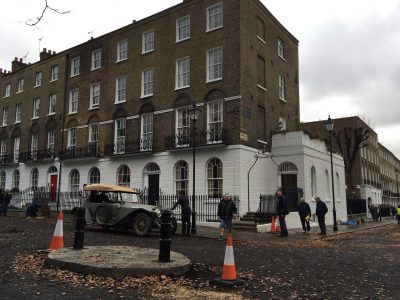 Location Manager, Tom Howard explains: “Howards End is set in 1906 and we needed to tell a story of a house in the country and the busy metropolis of London. My brief for the Howards End house was that it had to feel like part of the landscape: natural and inviting, close to the road and away from other houses. I started scouting in August of 2016 and the house we used was one I found in roughly the third week of scouting, but we continued for another two months, collating about 30 houses in the surrounding home counties. I took the director regularly to different houses in late summer, autumn and winter so we could see the progress of the seasons at each selected house, finally deciding in the week before our shut down for Christmas.”

Howards End tells the interloping story of three distinct families who are bound by their class status in early 20th century Britain. The adaptation marks Lonergan’s first project since his Oscar-winning feature film, Manchester by the Sea. 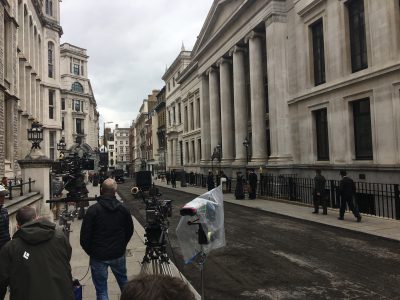 Tom Howard continues: “the other notable house was the home of the Schlegel’s in London. Again, this was a long scout from August to December 2016 concentrating on town houses in squares. This was much harder with three suitable locations to choose from. The director wanted to shoot this house in one place, interior and exterior. Scenes would start in the house and make their way outside to a waiting taxi. We started to focus on a house on Wilton Crescent, working with the Westminster Events Office and the Belgravia Residents Association. We were weeks away from committing to a four month hire but on a due diligence check I found that a planning application had been logged for the house next door by a Saudi Prince and nothing was going to stop the conversion into a ‘Belgravia Mansion with two storey basement’. We had to walk away and reconsider the other houses we had recced,  settling on a corner house in Myddelton Square.” 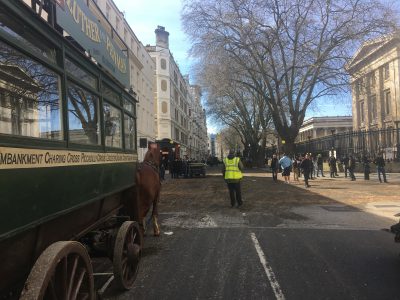 “Both houses had their challenges, Howards End needed a huge interior dress and we needed to film in two seasons, winter and summer. Myddelton Square needed to be seen in two seasons and filmed twice. Myddelton Square was perhaps the most complicated with taking out 60 parking bays, six-day road closure for full street dressing and day and night scenes to be filmed. There was plenty of letter dropping, a residents meeting in the local church which only attracted three people and group texts to residents when the camera was pointing at their houses. Overall, after out two visits we managed to keep all residents happy but perhaps not the 6000 cyclists who use this square to ride into the city who had to endure a diversion or long holds for shot!”

Additional shoots occurred at Great Russell Street, Chancery Lane and the British Museum. Australia House was used as the interior of an insurance company. Film Fixer were on hand to provide assistance during the London portion of the show’s principal photography.

The UK is a popular production hub for high-end television due to its 25% tax rebate on filming. A minimum spend of GBP1 million per broadcast hour is required to access the incentive.

Tom Howard is a member of the Location Managers Guild International, who will be attending FOCUS - the meeting place for international production in December. Click here to register your attendance.