Written by Tom Deehan on Nov 28, 2017. Posted in Production News

Netflix has announced that work will begin on the streaming service’s first Colombian original series, with principal photography slated for summer 2018. The currently untitled series will be helmed by Executive Producer Ciro Guerra and is scheduled to debut in 2019.

The eight-episode series will be written by Carlos Contreas (El Chapo) and produced by Diego Ramirez and Dynamo (Narcos), depicting the investigation of a young detective and her assistant into a series of murders that have taken place on the border between Brazil and Colombia. 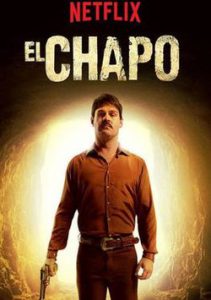 Erik Barmack, Vice President of International Originals explains: “we are thrilled to be launching our first Colombian original, featuring great Colombian filmmakers and producers. From 2011, we have been committed to providing a great service in Colombia, and this show, with local talent, will add to our incredible slate of originals throughout Latin America.”

Executive Producer, Ciro Guerra adds: "this is a great opportunity to expand the reach of our local stories and share them with global audiences. Netflix is an extraordinary platform that we are thrilled to collaborate with, and we think this new show will be a great first step in that direction."

Despite being Netflix's first original series for Colombia, the company has already used the country as a filming location for some of its content. Narcos and El Chapo have previously utilised locations such as Bogotá, Medellin and Cartagena.

Productions that spend a minimum of roughly USD440,000 within Colombia can receive a cash rebate of up to 40%. There is a per-project cap of USD2 million but an additional 15% can be accessed by projects that shoot in Medellin.