Prince Edward Island (PEI) in Canada will be establishing a dedicated local film fund after the Government announced that it will set aside CAD3.5 million to support the province’s creative sector over the next five years. 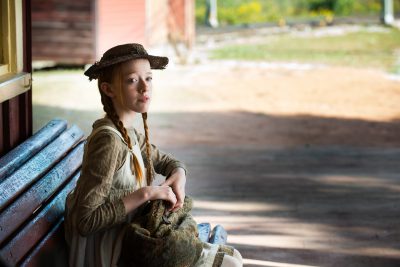 Alongside the film fund, a 25% rebate will also be provided to filmmakers who incur an eligible spend within the province.

Michelle MacCalllum, Director of Cultural Development for PEI states: “we don’t have all the details yet of what every programme and every support is going to look like because we’re just getting to the hard work now, now that we know that we need to make investments in these areas. We want to work collaboratively with industries to make sure that we’re meeting their needs.”

Emma Fugate, President of the PEI Media Arts Co-Op adds: “we are pleased and happy with initiation of a local film and television media fund, which will provide additional support for filmmakers on the Island who are wanting to tell our stories and get them out to the world. There’s a lot that the film industry can bring to the Island and this fund will trigger a lot of the potential funding from off-Island that can come into and be spent here.”

Without a dedicated film incentive programme, PEI has previously lost business to other nearby production hubs such as Ontario and British Columbia.

A recent example of this trend can be seen with the second season of Anne with an E, which is currently in production. The project will incur a small number of shoot days in PEI but will spend most of its time filming in Ontario.

To learn more about filming in Canada, Calgary Economic Development will be attending FOCUS - the meeting place for international production in December. Click here to register your attendance.