Written by Tom Deehan on Nov 24, 2017. Posted in On Location / Production News

Spike Lee’s first television series, a 10-episode reboot of his 1986 feature film, She’s Gotta Have It, utilised multiple locations throughout the Brooklyn area. Produced by 40 Acres & a Mule Filmworks and distributed by Netflix, the series filmed at locations including St. Felix Street, Fort Greene Place and Ronald Edmonds Public school. 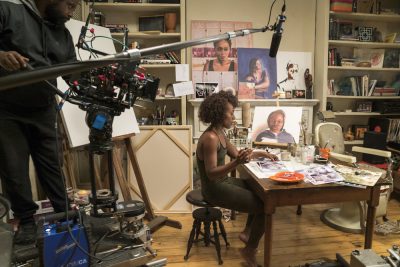 Scenes inside a nightclub were filmed at Milk River Lounge Nightclub on Atlantic Avenue, while the exterior was staged on Pacific Street.

As the first television project for the acclaimed American Director, Spike Lee’s partnership with Netflix is another example of the streaming giant expanding its library of original content with high-end productions.

Earlier this year, Netflix pledged to spend around USD6 billion on production activity, a budget that is set to increase by a further USD1 billion in 2018. Netflix recently spent USD8 per-episode on season two of Stranger Things and a staggering USD11 million per-episode for Baz Luhrmann’s The Get Down.

New York boasts one of the most competitive film incentive programmes throughout the US. Tax credits of up to 30% can be accessed by productions that meet a required minimum spend within the state. The incentive runs on an annual fund of USD420 million, which has assisted productions such as Netflix’s The Punisher and Amazon’s Mr. Robot.

The first season of She’s Gotta Have It is now available to stream in its entirety on Netflix.

The rise of high-end TV is one of a number of topics to be discussed by industry-led panels at this year’s FOCUS event - the meeting place for international production in December. Click here to register your attendance.