Written by Tom Deehan on Dec 8, 2017. Posted in On Location / Production News

Suffolk doubled as Ghana in season two shoot for The Crown

For the second season of Netflix’s high-end period drama, The Crown, the production utilised Elveden Hall in Suffolk to depict Queen Elizabeth II’s 1961 visit to Ghana. The last day of filming occurred at Elveden Hall after a lengthy shoot throughout London. 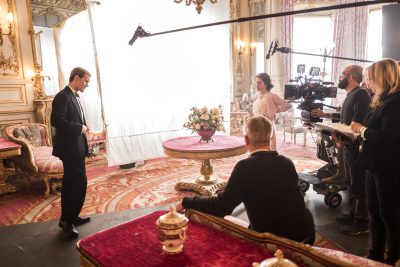 In detailing Elveden Hall, Karen Everett of Screen Suffolk explains: “the stunning Eastern interiors are a hangover from when the Maharajah of the Punjab, Prince Frederick Duleep Singh owned the hall. He was creating these beautiful rooms in the 1870s. Screen Suffolk was not directly involved in arranging this shoot, however, we like to think that our ongoing advocacy is partly responsible and location managers are now more likely to ask themselves whether they could shoot the required scenes in Suffolk. We are delighted the county attracted this very prestigious, big budget production. This shoot is further testament to the county's diversity and film-friendly attitude.”

For the London portion of the shoot, HMS Belfast was used to depict the Royal Yacht Britannia which transported Prince Philip on his five-month tour around the world. Film Fixer were on hand to provide assistance to the production during its stay in the capital. 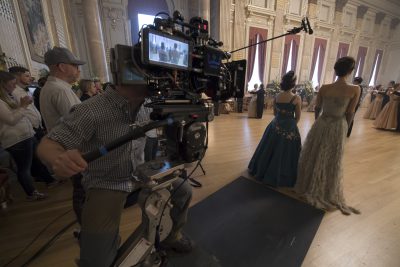 Karen adds: “on the real tour, the Prince had 240 men and officers for company, and for the shoot he had a rather large cast and crew of 75 over two days in January this year.”

80 members of cast and crew were needed for a shoot in Bloomsbury Square while almost double that number were present for scenes at Hornsey Town Hall. Both of these sites are popular filming locations, having previously featured in Wonder Woman and Film Stars Don’t Die in Liverpool respectively.

Produced by Left Bank Pictures in association with Sony Pictures Television Production UK, The Crown is one of the major staples of the recent boom in high-end television. The first season had an estimated budget of GBP100 million, making it one of the most expensive shows of all time.

High-end television productions are incentivised to shoot in the UK by a 25% tax rebate. Productions must spend a minimum of GBP1 million per-broadcast hour in order to access the incentive.

Season two of The Crown is now available to stream via Netflix.