Written by Lucrecia Sánchez on Dec 12, 2017. Posted in Interviews

After the recent designation of the city of Terrassa (Barcelona) as a UNESCO Creative City of Film, we spoke with Oriol Moreno, Sales Director of Parc Audiovisual de Catalunya in Terrassa to learn more about the local production industry. 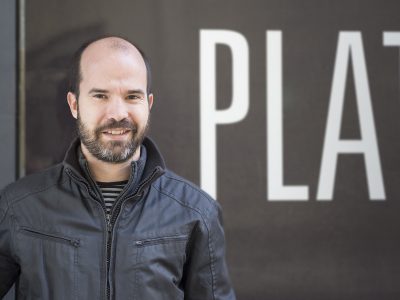 First of all, congratulations for this selection to be part of the UNESCO Creative Cities Network. What does this designation means for your company?

Thank you very much. It has been a hard contest but we have succeeded and are very proud of this achievement. As a studio, we work hand in hand with the Catalunya Film Commission, Barcelona Film Commission and especially the Terrassa Film Office. Being located in Terrassa, this designation provides the city and the studios with a label of quality as an ideal place for shooting. We are now one of 13 cities in the world to have been honoured with this distinction, together with Rome, Sydney and Bristol.

Can you elaborate on the aims and operation of Parc Audiovisual de Catalunya?

Parc Audiovisual de Catalunya is one of the largest studios in Southern Europe with four sound-proofed stages (two of which are 1.200m2), different natural locations like a neoclassic cloister, huge gardens, a church and the interiors of an old hospital. This is complemented by our outdoor backlots of asphalt and earth which provide a lot of possibilities for filming. We combine the studio facilities with a very versatile service and professional technical and support crew. We are open 24 hours a day, 365 days a year.

What kind of productions do you host in your facilities?

Productions shot in our studios consist mostly of feature films and television series. Alongside these long-term productions, we also shoot many commercials and provide services for international productions too. Moreover, we support academic filming for local cinema schools and amateur productions of short films.

Some of the latest movies shot in our studios include A Monster Calls by J.A. Bayona starring Sigourney Weaver and Liam Neeson, Muse by Jaume Balagueró with Franka Potente and Chistopher Lloyd, and Invisible Guest by Oriol Paulo starring Mario Casas. We have also shot many commercials, particularly for international service companies, alongside music videos productions from artists like Shakira and Beck. Our facilities are currently being used for the reality show, Operación Triunfo, a weekly programme held in one of our stages combined with a 24-hour streaming channel of the contestants living in our facilities.