Written by Tom Deehan on Dec 20, 2017. Posted in On Location / Production News

The BBC’s adaptation of The Miniaturist, produced by The Forge, combines locations in the Dutch city of Leiden with various spots in the UK to create a 17th century setting that is true to the period’s aesthetic. 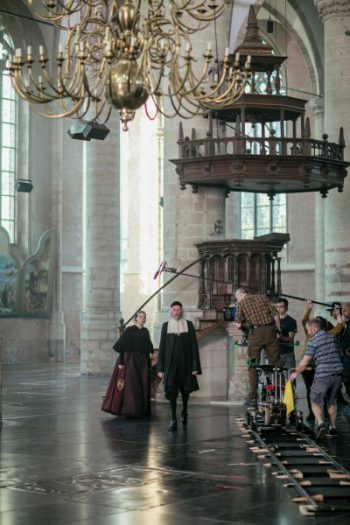 Kate Sinclair, Executive Producer for The Miniaturist explains: “we looked at shooting in Amsterdam because that’s where the story is set but at the time there wasn’t a production incentive in the Netherlands for international TV projects, which meant that we could only film a small amount there, plus it was very difficult on a practical level to shoot in such a busy metropolis. The story is set in 1686 in a very specific part of Amsterdam (the Golden Bend) but during the scouting of that location, we found out that the same architect who had worked there had also built a lot of houses in Leiden - an area that's much quieter, with fewer bicycles and we wouldn’t have to close off so many streets.”

“Leiden is a small university town and is relatively unchanged from the period that we hoped to achieve. We spent 2-3 days shooting in Leiden with one location being Pieterskirk, a church from the exact period that we were looking for. We also shot on Leiden’s main canal and in a small interlinking street which featured slightly earlier but historically correct architecture as Amsterdam would have also featured medieval settings alongside styles that were up to date in 1686.”

With regards to the UK shoot, Kate adds: “the inside of the Brandt’s house was shot in Langleybury Mansion which sits within the M25 and gets used a lot for filming. The site itself is largely disused but it has three parts to it, an area with a 1600s aesthetic, one for the 1800s and another for the 1900s. We were able to build within the mansion which is exactly what we did for for most of it. Nella’s bedroom was a set also built there as the design brief was very specific. We shot the trial scene in Fulham Palace and the execution scenes at Gosport.” 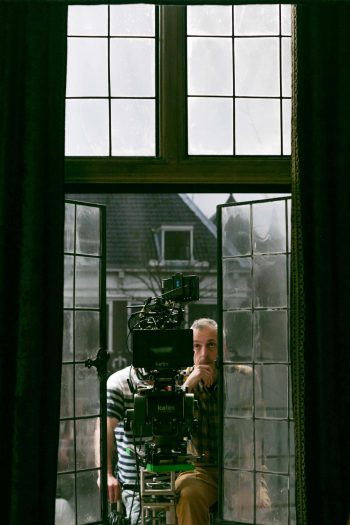 Langleybury Mansion has also featured in number of high-profile productions including Netflix’s The Crown and the BBC’s McMafia.

“The Silversmiths Ball was filmed in the Tallow Chandlers Hall. This is a great location with wood panelling and wooden floors. Some of the paintings weren't befitting of the era but our DoP desaturated them so they aren’t noticeable on screen, and he also used candles as the sole source of lighting for the scene.”

The Miniaturist is an adaptation of Jessie Burton’s novel of the same name, starring Anya Taylor-Joy (Glass), Romola Garai (The Hour) and Alex Hassell (Suburbicon).

Additional care was taken to digitally recreate the window panes of the era, which were a lot smaller in size due to the limitations at the time when it came to the amount of glass that could be produced.

Despite not having one at the time of production, the Netherlands now employs a film incentive for television projects. A 30% cash rebate can be acquired if a high-end TV productions meets a minimum spend that varies according to genre.

The UK also employs its own film incentive, a 25% tax rebate that can be accessed by television shows that spend a minimum of GBP1 million per-broadcast hour.

The Miniaturist will premiere on Boxing Day at 9pm on BBC One.