Written by Tom Deehan on Dec 15, 2017. Posted in General Interest

The rich kids on the block: what to make of the high-end TV boom

With the year drawing to a close, there is little doubt in the industry that 2017 ushered in a new era for high-end television drama. In 2017  Hulu’s The Handmaid’s Tale was chosen as best drama at the  Emmy’s. It was the first time a web series received this accolade. Elsewhere, Netflix and Amazon engaged in a war of expenditure as the two companies promised to offer more original content in the future and increased their production budgets in the process.

For terrestrial television, HBO’s powerhouse Game of Thrones utilised a shorter episode count in its penultimate season to stretch its budget even further with an estimated spend of USD10 million per episode – set to increase to USD15 million for the final season. Inflated budgets such as these have thus far been a successful investment as consumers are embracing cinematic quality from the comfort of their own home, a trend that has greatly affected other means of consuming content.

"The current popularity of high-end drama has been widely described as the new golden age of television."

For the most part, the rise of high-end television has come at the cost of Hollywood blockbusters which have largely failed to compete. Aside from the massive returns of superhero fanfare and event films such as Christopher Nolan’s Dunkirk, Hollywood has seen its worst summer box office takings in 22 years as triple-A productions such as King Arthur: Legend of the Sword, The Mummy and even the critically acclaimed Blade Runner 2049 have failed to draw a profit.

Despite the rather dire year suffered at the hands of film producers, cinema is by no means a dying medium. Its shortcomings are however, reflected in the changing expectations of content. 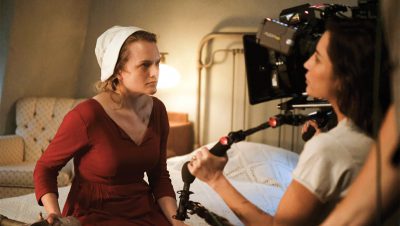 “The increasing number of platforms through which audiences around the world can consume content has made it very convenient to access an incredible amount and variety of television drama. Viewing practices have also changed over time and binge-watching is now an everyday event whereas, not so many years ago, we had to abide by the television schedule or record shows to watch later but now we can go through an entire new TV series in an afternoon.”

“This is reacting to a trend on the features side where the act of going to the cinema has become increasingly expensive and the price point is now making it difficult for the majority of people to visit the cinema on a regular basis. Families in particular have come to view the cinema as a special day (or night) out, much in the same vein (and price range) as going to the theatre. In this context, the ability to watch content of one’s choosing on the go at any time has really connected with a gap in the market and is feeding audiences’ constant appetite for entertainment in a very effective way.”

The current popularity of high-end drama has been widely described as the ‘new golden age of television’, which is certainly true not only from a consumer perspective but also on the effect it has had on the global economy. In 2016, the state of Georgia took in a combined USD7 billion from film and television production, double that of the income from only three years earlier. Also in 2016, the UK production industry brought an investment of over GBP1 billion for the second year in a row, making it one of the fastest growing sectors of the UK economy. 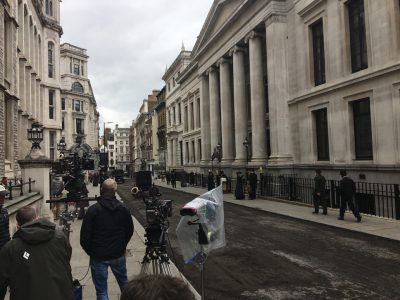 With increased production activity, local businesses are amongst the first beneficiaries as their goods and services are necessary to sustain and accommodate the large numbers of cast and crew who could be working on a production at any given time. In addition to local businesses, the high-end TV boom has, understandably, created a huge demand for skilled crew particularly in the UK.

“The increase in high-end television drama has had an impact on crew, for the better of course. It means that there's a lot more work out there. In terms of popularity with consumers, you could say that it's never been as high which means there's so much more demand for high-end television across the world. The UK is a fantastic place for content, domestic and international, which then has a knock-on effect in terms of crewing."

Given the uncertainty surrounding the UK’s departure from the European Union, one of the key factors that will allow the country to sustain its output of high-end television dramas is by ensuring producers that the next generation of production professionals are trained to same high standard that is expected of the industry today. Kaye continues: 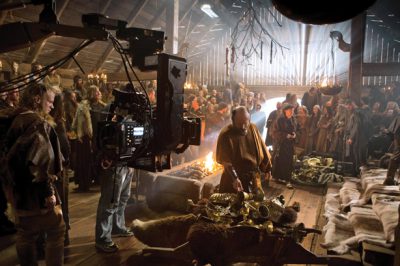 “We're trying our best to meet the demand because, at the moment, there seem to be no signs of the trend stopping. It seems to be a never-ending appetite with more shows being commissioned all the time. Therefore, we need to make sure that we have the crew to support that. There's a lot of universities and colleges that still don't talk about all the different grades of production and aren't providing graduates who are ready for industry.”

An unfortunate knock-on effect however from the growing budgets of both television and feature films is that the middle-ground, usually reserved for established independent filmmakers, is dwindling. Sara Putt, Founder of Sara Putt Associates says:

“The middle has fallen out of filmmaking. There are only very small budget films and big budget films - it's very rare to find films between GBP5 million and GBP15 million. This is why people in the industry, in order to progress their careers, often go from low budget films into television and then back into high-end films.”

“There has been an impact in terms of talent. Any barriers that existed between film and television drama in the past have disappeared and a lot of major talent now work across both. The length of high-end television productions could affect availability for independent films, and the potential for producers to utilise such talent.” 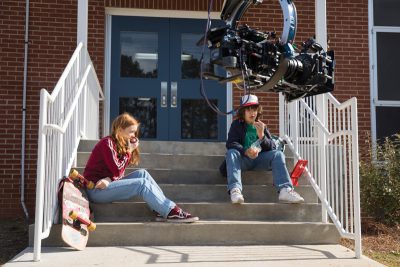 One of the more obvious concerns that overshadows the current success for high-end television is whether or not the process is sustainable. This question has been on the lips of many professionals after a report from the Los Angeles Times in July 2017 revealed that Netflix had accumulated USD20.54 billion in long-term debt. If Netflix can continue its subscriber growth at the phenomenal rate that it has seen over the last five years, then there’s very little to worry about. If that growth wanes however, then the bubble of high-end television’s success could burst. Carlo Dusi adds:

“This is definitely a concern. As content producers, we face a constant challenge as the level of quality for television content is continually being raised, and audience expectations are raised with it as a consequence. At the same time, there is increasingly fierce competition to secure production funding for any given programme. Personally, I don't think that anyone can state with any certainty what they think the future will hold, and there's never been greater uncertainty in recent years as to where the television industry might be heading.

We're all waiting to see what the next developments will be with baited breath, especially as there's a risk there that the current bubble, while it hopefully won’t be bursting, may start deflating soon.” 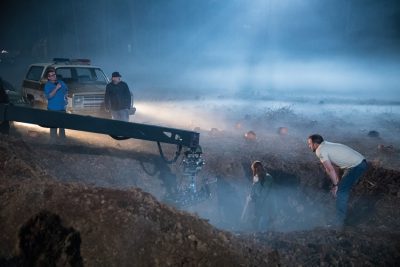 “We’re seeing an increasing amount of investment being made into a value chain that is ultimately capped at the other end by the sheer number of global users consuming content and the total number of hours per person that are available for viewing entertainment.”

“At some point, the investment being made is likely to stop being profitable, and we'll start to see the money going elsewhere, making it even harder to secure the sufficient level of funding needed to make the level of drama that audiences have come to expect. The film and TV industry is always undergoing a process of swings and roundabouts, and on this basis the current period of explosion in TV drama activity is likely to be followed by a slowdown, and a possible diversion of investment and activity to other sectors of the entertainment industry.”

At BAFTA’s recent television lecture in London, Producer Jane Featherstone noted an additional concern that could see production houses shut out of the industry as streaming services engulf the production process in its entirety:

“The co-production tap is going to be turned off or at least reduced to a trickle – it’s already happening with The Crown, and I reckon we’ve got a year or 18 months before the big FAANG players (Facebook, Amazon, Apple, Netflix and Google) stop co-producing entirely.”

Distributors are also succumbing to the same pitfalls as these streaming giants can offer single contracts for global distribution, bypassing the need for region specific distributors.

Depending on who you speak to in the production industry, the topic of high-end television will get a range of responses. With the current appetite for long-form content however, there can be no doubt that the trend will create significant, long-term effects on the production chain. But as Carlo Dusi is keen to note:

“For as long as the appetite for drama content is there, someone will provide an outlet for it. However, we may see a cap being reached where some of the current television frenzy has to slow down and possibly, as with the constant changing of viewing trends, audiences may become so overwhelmed with the incredible amount of choice in the television space that they decide to take a step back and find other ways to get their drama kicks. Who knows, they may even start looking at feature films again as a more preferable alternative to binge-watching.”