Written by Tom Deehan on Jan 16, 2018. Posted in On Location / Production News

Talk-show host David Letterman has returned to television with his new series, My Guest Needs No Introduction, which saw Location Manager John Hutchinson scout an array of theatres throughout New York City and Washington, DC. 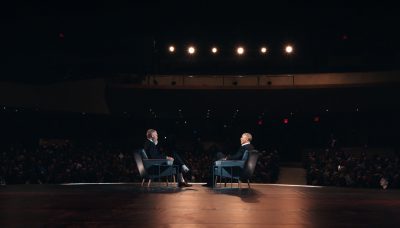 Detailing the process, John explains: “I scouted dozens of theatres, mainly in Manhattan, Bronx, Queens and Brooklyn. I scouted some very nice ones in New Jersey (until that was vetoed) and even scouted in Washington, DC. I had loads of fun shooting dark theatres, with a tripod and long exposures – old school. NYC is a cornucopia for theatres, of all sizes and vintages. One obvious issue was availability- we were shooting in the fall, probably NY's busiest time.”

Produced by Radical Media and Worldwide Pants, My Guest Needs No Introduction will take a different approach in its distribution than most other Netflix originals. The six-part series will see one episode released per-month with guests including President Barrack Obama, George Clooney and Tina Fey. 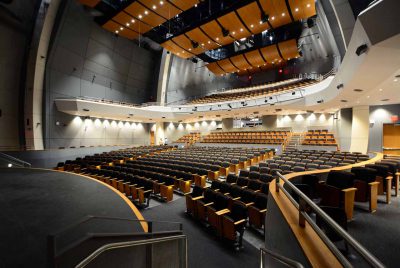 John continues: “the Obama episode was shot at the Marianne Anderson Theatre at the City College of New York (CCNY). It was a seven-camera shoot with a moderate size audience, so it had to have just the right size, with the right angles and the possibility of removing seats so that things like a camera dolly just below the stage could be used. They wanted the space to be impressive, yet also intimate. You'll notice that the stage set is raw and minimal, and that DP Declan Quinn often shoots towards the wings, where you see for instance the ropes behind Obama.”

The state of New York provides fully refundable tax credits of 30% to productions that meet a list of requirements. An additional 10% can be afforded to projects that make use of specific counties within the state. 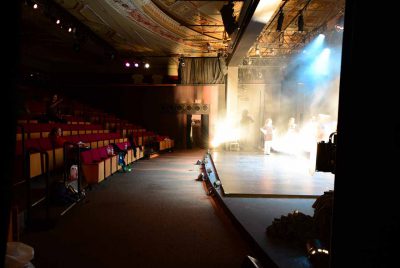 The first episode of My Guest Needs No Introduction is now available for streaming on Netflix.

As a member of the Location Manager's Guild International, John Hutchinson has extensive experience in scouting and managing locations throughout New York. To get in touch with John, click here.