Written by Tom Deehan on Jan 29, 2018. Posted in On Location / Production News

Principal photography is currently underway for the eleventh series of the BBC’s Doctor Who, with scenes being shot on location in Cape Town, South Africa. The set features a period aesthetic that is reminiscent of the 1950s/60s, as vintage cars have been spotted on location. 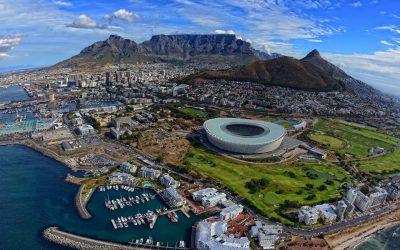 Production on the new series began in the UK in October 2017 and is expected to air in autumn of this year.

The upcoming series marks a change for both the production team and the show’s casting. Following Steven Moffat's departure as showrunner, he will now be replaced by Chris Chibnall. Similarly, Jodie Whittaker will be taking over the titular role from Peter Capaldi – the first time that a woman has portrayed the character.

Commenting on her new role, Whittaker explains: “it's more than an honour to play the Doctor. It means remembering everyone I used to be, while stepping forward to embrace everything the Doctor stands for: hope. I can't wait."

Whittaker made her first appearance as the Doctor in the show’s recently aired Christmas special. Additional newcomers to the cast include Bradley Walsh, Tosin Cole and Mandip Gill.

Due to its experienced local crew and dedicated tax incentive, South Africa is a popular hub of filming activity. Producers that incur a required minimum spend within the country can receive a 25% tax rebate to offset their production costs.

Previous series of Doctor Who have filmed almost primarily in the UK, with Bristol being one of the show’s most frequented locations. The UK also employs a 25% tax rebate to television productions that spend a minimum of GBP1 million per-broadcast hour within the country.