Written by Tom Deehan on Jan 31, 2018. Posted in On Location / Production News

The Canadian island of Newfoundland stars as the main location in Jason Momoa’s latest film, Braven. Directed by Lin Oeding and produced by Braven NL, the film utilises Newfoundland’s snowy wilderness as the backdrop for a showdown between two men (Momoa and Stephen Lang) and a gang of drug dealers. 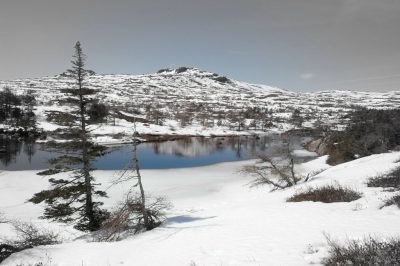 Detailing the production to CBC News, Odeing explains: “it's a cool film set in beautiful Newfoundland. The film actually takes place somewhere on the Canadian border but Newfoundland is just a stunning backdrop. When I saw photos it was an easy decision and a no-brainer, as Newfoundland is a gorgeous place.”

“There are places like Newfoundland or other parts of the world that people don't know of yet. But I'm sure when this movie comes out a lot of people will see this stunning background and go on the internet and see where it's shot.”

The province of Newfoundland and Labrador provides a production incentive designed to stimulate local filming activity. Depending on the total expenditure incurred within the province, productions can receive a tax credit of 25-40%. While there is no cap on the programme itself, there is a per-project cap of CAD4 million.

With multiple incentives available across several provinces, Canada boasts one of the most competitive production hubs in the world. The majority of the country’s production activity is shared between Ontario and British Columbia, due to their location variety and highly skilled crew base.