Written by Tom Deehan on Jan 5, 2018. Posted in On Location / Production News

The BBC’s new pre-apocalyptic drama, Hard Sun, made use of the abandoned Highgate Overground station and its connecting tunnels to shoot several scenes. Produced by Euston Films, the six-part series will follow detectives Robert Hicks and Elaine Renko as they aim to uphold the law in a world that is set to end in five years. 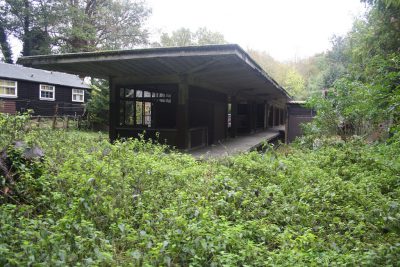 Detailing the shoot, FilmFixer’s Andrew Pavord states: “this was an extensive shoot between February and April of last year, with cast and crew of up to 80 people for the most complex scenes. The incredible and hidden Highgate tunnels, connected to the abandoned Highgate Overground station were used. We see a life or death chase scene through West Norwood cemetery. Swiss Cottage Library features, and the Camden Council office at 5 Pancras Square plays a newspaper office that’s raided by police. Even the real Guy’s Hospital at London Bridge was used for hospital scenes – it’s a rare location to seen onscreen.”

Andrew continues: “Telegraph Hill in Lewisham was lit with surreal brightness to shoot the impact of the terrifying cosmic event. A beautifully choreographed fight scene was shot on the beach at Bankside. Dramatic crime scenes were also filmed on the Brandon Estate where a body’s found impaled in a tree, and the Alexandra & Ainsworth Estate where there’s another tense chase scene. The production did a great job at working closely with residents to minimise disruption and donations worth thousands of pounds were made to residents groups so that all locals would benefit from the filming." 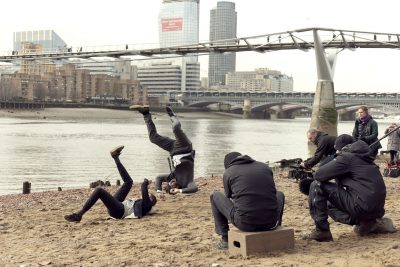 Due to its diversity of locations and international profile, London is a highly popular production hub. The city has recently hosted filming for such shows as Black Mirror and The Crown.

High-end television productions that shoot in the UK can receive a 25% tax rebate if a minimum spend of GBP1 million per-broadcast hour is met.

Hard Sun premieres tomorrow at 9:35pm on BBC One.