At last week’s State of the Commonwealth address, Kentucky Governor Matt Bevin outlined his decision to prevent any new applications from being accepted for the state’s film incentive programme. A total of 70 state-funded programmes will be eliminated under Bevin’s 2018 budget, but the local film incentive is the only tax break targeted in the plan. 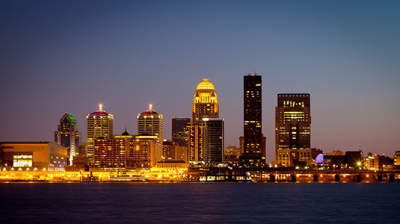 In a statement, Bevin explained: “Kentucky has just completed a truly transformative year of achievement, where many important seeds of progress were sown. However, the truth remains that after decades of poor financial management, the Commonwealth faces some harsh realities. These realities, coupled with modest projected revenue growth, mean that Kentucky must make tough and unpopular decisions.”

Before it can be implemented, Bevin’s budget still needs to be vetted and approved by the state legislature.

The incentive has been criticised in recent months by the local press, who have argued that there is a lack of transparency to determine the economic impact of the programme.

Tax incentives have become a key component of today’s global production industry, as regions compete for the attention of producers and the large budgets they bring with them. Their expenditure goes towards local businesses and supporting local production crew who usually employed on a freelance model.

States and countries without these incentives have struggled to compete on a global scale. While the state now employs two local incentive programmes, Florida’s local production crew fled in search of work after the state’s film incentive was left to sunset in 2016.

Productions filming in Kentucky can currently receive a tax credit of up to 35%. The required minimum spend to access the incentive varies between production types, but feature films, television shows and commercials are all eligible to apply.

Recent projects to have filmed in Kentucky include Brian Taylor’s Mom and Dad, alongside the upcoming miniseries, Smoketown.