Written by Tom Deehan on Jan 16, 2018. Posted in On Location / Production News

HBO’s new drama series, Succession, will begin filming a number of scenes in New Mexico after completing a shoot in New York. Principal photography for the 10-part series, created by Adam McKay (The Big Short), began in October at locations including Lexington Avenue and East 75th Street. 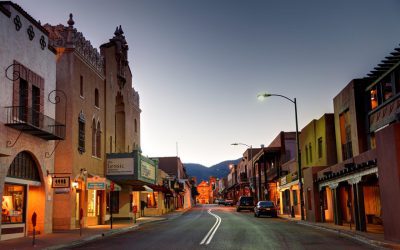 For the New Mexico portion of the shoot, which will run from mid to late January, the production will hire 89 local crew members and roughly 75 people for background talent.

Detailing the shoot, New Mexico Film Office Director Nick Maniatis explains: “Succession starts off 2018 in what we are confident will be another booming year of production for our film industry in New Mexico. We welcome HBO and are positive our scenery, crew and infrastructure will give them everything they need to be successful."

Starring Brian Cox, Jeremy Strong and Hiam Abbass, Succession will tell the story of the Moore Family who own one of the biggest entertainment conglomerates in the world. Additional cast include Kieran Culkin, Sarah Snook and Alan Ruck.

New Mexico boasts one of the most competitive film incentives in the United States. Requiring no minimum spend, productions can receive a tax credit of 25-30% after spending at least one day filming in the state.

New York has a similarly competitive incentive, working off an annual budget of USD420 million. A 30% tax credit is available to productions that meet a qualifying local spend, with an additional 10% up for grabs if filming occurs in a specific list of counties.