Written by Tom Deehan on Jan 3, 2018. Posted in On Location / Production News

The first installment of director Rian Johnson’s new Star Wars trilogy will begin filming in Scotland this June. Locations in Argyll are currently being considered including the Rest and Be Thankful pass – a popular tourist destination. 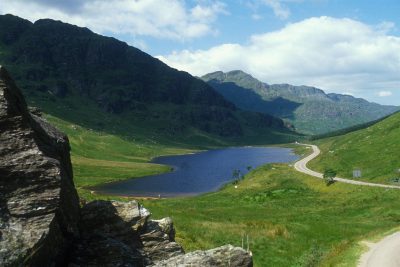 Commenting on the decision, VisitScotland’s Chief Executive, Malcolm Roughead states: “as is now customary with any Star Wars production, the movie is shrouded in secrecy but they want to shoot scenes around the Rest and Be Thankful. Further filming has been penciled in for elsewhere in the country.”

He continues: “Scotland is a familiar sight on the big screen with recent major productions such as Transformers: The Last Knight, King Arthur: Legend of the Sword and the soon-to-be released Avengers: Infinity War all taking advantage of our wonderful landscape and rich heritage.”

Over a period of six months, Avengers: Infinity War incurred a local spend of roughly GBP10 million in Scotland, taken from a budget of USD400 million. The extensive use of Scottish locations is expected to have a major impact on the country’s tourism industry upon the film’s release.

Rian Johnson recently directed the latest instalment in the Star Wars series, The Last Jedi. The film, which has just reached USD1 billion in global box-office sales, was shot on location in Ireland, Croatia, Bolivia and Iceland.

The untitled follow-up to The Last Jedi is currently in pre-production with J.J. Abrams directing.

Feature films shooting in Scotland can tap into the UK’s 25% tax rebate incentive. Productions are expected to spend at least 10% of their budget locally in order to access the rebate.

Additional funding can be secured through Scotland’s Production Growth Fund, which seeks to stimulate production activity within the country.