Written by Tom Deehan on Jan 18, 2018. Posted in On Location / Production News

2017 brought significant economic growth to Santa Clarita, with the Californian city attracting a total inward spend of USD33.9 million. The investment represents a 3% increase over 2016, alongside a 1.5% and 1.4% increase in permits and shoot days respectively. 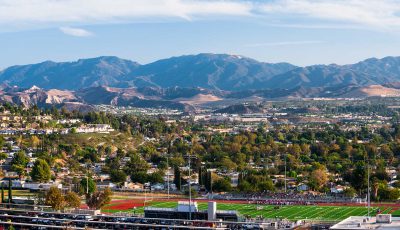 Mayor Laurene Weste states: “Santa Clarita is one of the preferred places for film production and location filming in the Los Angeles area, as demonstrated by yet another strong year. Filming continues to be a big part of our business community and local economy, supporting high paying jobs and hundreds of local companies. We will continue to do everything we can to be a film-friendly city and ensure our unique and beautiful valley remains a top choice for productions.”

Santa Clarita’s growing popularity can be attributed to the current boom of high-end television and the competitive production incentives that are available in California. More than half of the shoot days incurred in Santa Clarita last year were the result of television productions.

Throughout 2017, Santa Clarita played host to a variety of major television shows including Westworld and Ballers, both of which are distributed by HBO. The release of Netflix’s Santa Clarita Diet also played a part in raising Santa Clarita’s profile as both a production hub and a location for film tourism.

Productions filming in California are able to receive a tax credit of up to 25% if they meet certain criteria. The tax credit amount varies between production types, with relocating TV shows automatically qualifying for the highest rate.

Additional incentives can be accessed in Santa Clarita such as the Movie Ranch Overlay Zone which offers cheaper rates and faster access to film permits for productions looking to shoot at certain local ranches.