Written by Tom Deehan on Jan 10, 2018. Posted in General Interest

Filming activity in Thailand has increased dramatically following the implementation of a production incentive, attracting 80 international features in 2017 - 30 more than the previous year. The largest contribution of projects were from Japan, which utilised Thailand for 130 individual productions. 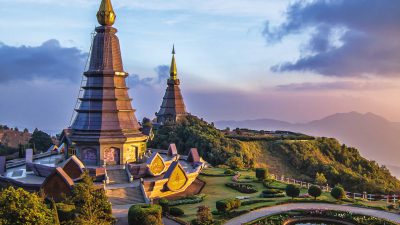 The statistic only improves with the inclusion of television and commercials productions, bringing the total to 730. 65 of those projects were from China while the UK brought 52 productions to the country, more than the previous record of 45 in 2015.

Worateera Suvarnsorn, Director of the Thailand Film Office states: “over the last few years, we have concentrated particularly on the promotion of Thailand as a location for international feature films, through our attendance at events like Cannes, AFM, and Filmart. It is gratifying to see that this has had a positive effect.”

“We have worked hard in 2017 to spread the message throughout the industry that Thailand not only offers great locations, fantastic crews and incredible value, but also that we now have an incentive based on a straightforward cash rebate. We are confident that [this] year we will see a number of productions taking advantage of the incentive.”

At the beginning of 2017, Thailand launched a 15% cash rebate incentive for productions filming within the country. A minimum spend of THB50 million (USD1.4 million) is required to access the incentive, and an additional 5% can be added if certain criteria are met.

Vicky Jewson’s Closer was the first project to receive the rebate, comprising part of the THB900 million that Thailand’s film industry brought in during Q1 2017.