Written by Tom Deehan on Feb 21, 2018. Posted in On Location / Production News

TLG was asked by House of Lapland, Bavaria Fiction, Yellow Film & TV and Elisa Viihde to go on location in Finnish Lapland with the upcoming international drama Arctic Circle. We sat down with the show's producers and crew members to get a better understanding of filming in such a unique yet challenging environment. 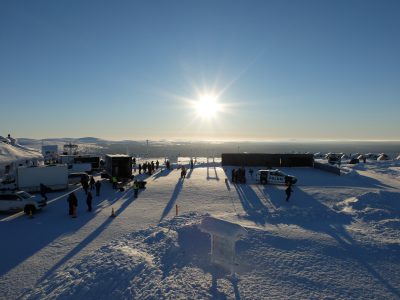 Currently filming on location in Inari, the project will spend three months shooting in Finnish Lapland amidst snowy backdrops and freezing temperatures.

Directed by Hannu Salonen, Arctic Circle follows Lapland Police inspector Nina Kautsalo (Lina Kuustonen) and virologist Thomas Lorenz (Maximilian Brückner) as their paths cross when the body of a prostitute carrying a deadly virus is discovered in the wilderness of Finnish Lapland.

The show’s location will play a major role in the series, separating it from the claustrophobic environments of other Nordic dramas and placing a greater emphasis on the expansive landscapes that you can find in Finland’s scarcely populated north.

Commenting on the location, Producer Jarkko Hentula told TLG: “when we came up with the idea of the series, it was essential that it be set in Lapland. We then had to decide which season of the year the series would take place in and we decided to go for winter as it is something that hasn’t been seen internationally. We want to capture the magical landscape of snow and darkness, which fits the theme of the series – the stark contrast between dark and light." 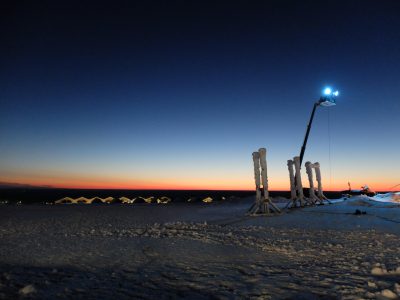 "Producers can get used to having idyllic locations that people would like to visit for a holiday but for us it's about depicting a location that is extremely cold, difficult and doesn’t attract as many tourists as other places, but might attract a different type of tourist - one seeking adventure."

During our visit to the set of the production, the temperature dropped to roughly -20 °C. Without a sufficient number of layers (certainly no less than four), the environment can be extremely difficult to navigate.

Speaking to TLG about the challenges of filming in such harsh conditions, Location Manager Lotta Lanamäki explains: “in Helsinki we take the warmer temperature for granted but out here, keeping the cast and crew warm is a top priority. For those who might be thinking of shooting here, allow for extra shoot days in the event of a snow storm. That’s one of the things that people tend to forget when they call me up and ask for my help. Otherwise it’s a very safe and clean location where the distances are really short. There are a lot of professionals working here and we know what to do."

Director Hannu Salonen adds: "it’s been a crazy process so far. Yesterday was -18 °C and we also had the wind to contend with which made it feel like well below -30 °C. On the other hand however, we’ve got some great material from these conditions so I suppose it’s the price you pay! It’s the type of thing that you can’t just recreate with money elsewhere." 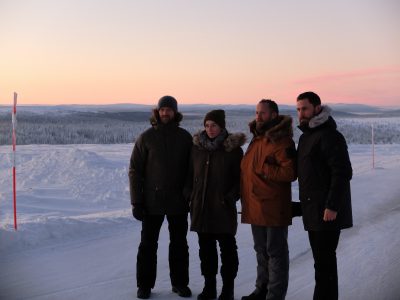 Principal photography for Arctic Circle originally began in November 2017 in Helsinki, with the Finnish capital being used for interiors and studio shoots. The production will also travel to Northern Norway to double for parts of Russia.

With an estimated budget of nearly EUR6.5 million, Arctic Circle is the first series of its kind to shoot in Finnish Lapland, a process that has been made far easier by the country’s new 25% cash rebate on filming.

Regarding the incentive, Bavaria Fiction’s Executive Producer, Moritz Polter notes: “for a show of this scale, if we didn’t have the rebate then it would have been difficult to get the production to the level that we want it to be and have the same number of shoot days. The rebate system has been very reliable which is the most important thing – if you know that you’re going to get your money back then it feels like a far safer investment, and if you want to cash-flow your project upfront then you can, as that was the case here."

With the rebate in tow and direct flights available from London, Paris and Brussels, Finnish Lapland is poised to compete directly with other snow-laden locations such as Canada and Iceland.

Arctic Circle is scheduled to premiere in Q4 2018.

The Location Guide would like to extend thanks to Yellow Film & TV, Bavaria Fiction, Lagardère Studios Distribution, Elisa Viihde and House of Lapland for their hospitality.