Written by Tom Deehan on Feb 7, 2018. Posted in Interviews

Having won this year’s Golden Globe for best drama and later securing a total of seven nominations from the Academy Awards, Three Billboards Outside Ebbing, Missouri is one of the biggest films of the year. Despite its setting however, the film was actually shot on location in North Carolina. We spoke to Guy Gaster, head of the North Carolina Film Office to know more about the process of hosting the film. 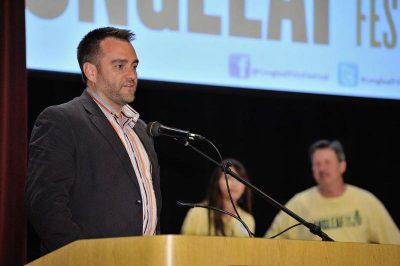 Which locations were used for the film?

The two main locations were Main Street in Sylva and an isolated road outside of Black Mountain (both located in Western North Carolina) near the city of Asheville. Director Martin McDonagh envisioned a small town that could represent anywhere in the middle of the United States.

Were there any technical challenges to overcome during production?

The biggest challenge was finding a place that could have two buildings in close proximity to one another so that you could see through each other's windows to see someone inside and be able to throw something from one building to the other. Once found, the big challenge was getting approval and the support of the town to allow their "main" street to be closed to traffic for several days. 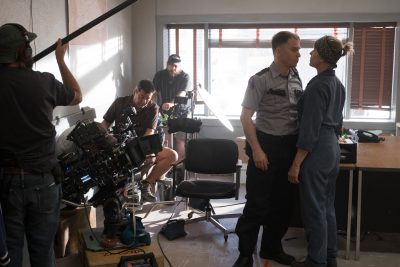 Will there be a tourism initiative to capitalise on the film’s success?

VisitNC, the state's tourism office, in conjunction with the NC Film Office have released a three-day trip idea that highlights several locations used in the film including where the police station was created, the town bar/tavern, where James took Mildred on their date, and the gift shop where Mildred worked as well as other fun stops in the area and places that the cast and crew enjoyed during production.

What other notable productions have filmed in North Carolina?

NC has a long production tradition dating back to the 1980s, although productions on record go back as far as 1955. Some of the more notable productions to shoot in the state include Dirty Dancing, Last of the Mohicans, Iron Man 3 and The Hunger Games. More recently we had seasons one and two of Good Behaviour as well as the 2018 Sundance selection, American Animals. 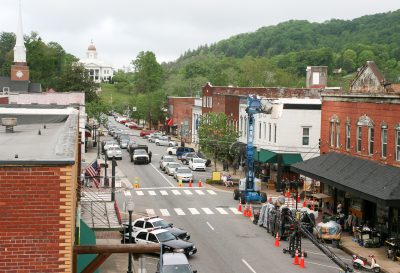 Can you talk about any upcoming productions?

No new projects just yet but we are excited about the distribution of American Animals in which the state portrays Kentucky as well as parts of New York City and even some of Amsterdam.

What other locations can North Carolina double for?

North Carolina is best at playing any-town USA but the state has doubled for other areas in the south-eastern US as well as Washington, DC., parts of New England and even the middle of the US. Our forests have been transformed by productions to stand in for Africa and we have even managed to pull off several tropical settings. We have also had a fair share of futuristic, dystopian looks but as mentioned before, it is that non-descript “anywhere” look that we have succeeded in portraying the most.

For those who might be considering North Carolina as a filming location, what can the state provide?

North Carolina offers a 25% rebate to film and television productions looking to shoot in the state. A strong crew base, established infrastructure and variety of location types have made NC a top consideration for productions for more than 35 years.

Guy, thank you for your time.