Written by Murray Ashton on Feb 23, 2018. Posted in Interviews

Despite being a popular destination for commercial productions, Ukraine has been sorely overlook by international feature films and television shows. We spoke to Maria Fabro-Giraud, Executive Producer of 23/32 Films to uncover what the international production community has been missing out on by filming elsewhere. 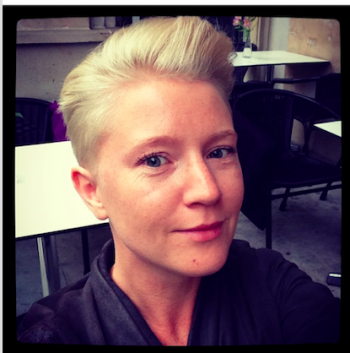 What can you tell us about Ukraine as a filming destination?

For the last few years Ukraine has become a popular destination for shooting and our clients have are very interested in the diversity of locations that we have here. You can shoot beautiful nature landscapes such as mountains, lakes, forests, fields and magnificent old buildings. There are also incredible industrial buildings which have been conserved to maintain their original aesthetic.

Our local crew has experience with producing projects for some of the most famous and internationally recognised brands. Our clients note that what really strikes them as amazing about our crews is that they work with enthusiasm and passion that many other crews lack nowadays.

Kyiv is a bustling European city with great things to offer to all its visitors. From great hotels to amazing restaurants. Our French clients in particular have a love for Kyiv’s food and restaurants. 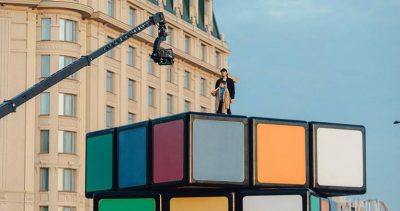 Does Ukraine offer any financial or non-financial incentives?

Yes, the law for financial incentives for feature film production in Ukraine had been passed but we are still working on the mechanism of the incentive. We hope to get it up and running in the next few years.

What are the more unusual locations that you have to offer that our readers would not necessarily associate with Ukraine?

Chernivtsi University would be one of those unique places. It was founded in 1875 and is now a UNESCO World Heritage Site.

What are the advantages of filming in Ukraine that producers should know about?

A budget can go a longer way in Kyiv as our production and crew rates are very competitive. Our local DOPs are becoming increasingly accustomed to working with foreign directors from all over the world. This helps save on prep days and travel budget for importing a foreign DOP. Overtime is also quite inexpensive so longer days don’t reflect dramatically on a production budget. Talent buyout package costs are flexible and very competitive. 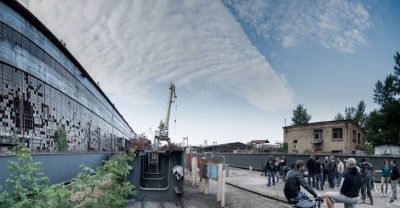 We have fewer strict laws about child talent than in other countries and permitting for most locations is very fast as some only require several days. For clients who need a visa on arrival, we provide fast track assistance at the airport and through customs.

What foreign productions have filmed in Ukarine in the past few years?

Are there any particular tips that you would like to share with our readers about filming in Ukraine?

It’s better to avoid shooting on national holidays in Ukraine, especially in the beginning of January. We have a two week New Year holiday, meaning that even if a producer is available during that time, you won’t be able to gather all the crew-members for shooting.

What would you recommend crew and cast do to have fun and relax on down days or pre/post-shoot?

First of all, I would recommend seeing the city. Kiev is a very old city with beautiful historical architecture, sights and parks. If you’re lucky to be here in the spring or summer then you can observe the beauty of local nature - Kiev is often called the greenest city in Europe. Also, there are a great variety of bars, cafes and restaurants that will satisfy even the most demanding client. Nightlife in Kiev also great and one of the most popular places is a night club called Closer.

Maria, thank you for your time.