Written by Tom Deehan on Feb 27, 2018. Posted in On Location / Production News

Netflix has commissioned its first Arabic original series, entitled Jinn, which will film in locations throughout Jordan. Directed by Mir-Jean Bou Chaaya and penned by Bassel Ghandour, the six-part series will feature Middle-Eastern talent and premier on the streaming service in 2019. 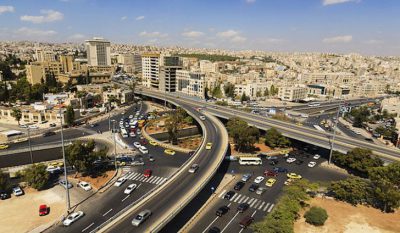 The title of the series refers to a supernatural creature that appears in Islamic mythology.

Detailing the series, Bassel Ghandour states: “we are really excited about this. It is very common in Middle East that people know someone who has a Jinn story, so it’s nice to take that and turn it into a fun and mysterious teen adventure that everyone can enjoy. On a broader note, I love that Netflix is investing a lot in the region, it’s a real turning point. We have such a rich storytelling culture, and we'll finally be able to enjoy Arabic content with Netflix quality."

Erik Barmack, VP of International Original Series at Netflix adds: “we’re delighted to be working with such a variety of breakout talent to launch our first Arabic original series in the Middle East. We are extremely excited to bring this story to a global audience, and to celebrate Arab youth and culture. We can’t wait to share more details later this year.”

Jordan now offers a 10-20% cash rebate for productions that spend at least 20% of their overall budget within the country. In addition, at least 50 Jordanian crew members and 20 local interns must be hired for eligibility.