Written by Tom Deehan on Feb 6, 2018. Posted in General Interest

Pinewood Studios, one of the industry’s leading providers of production facilities, is considering opening a new branch in Dagenham, East London. The branch in question would be built on a 20-acre site, offering a more centralised location than other nearby studios. 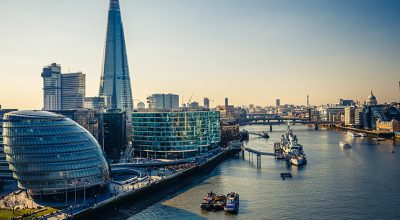 With the UK currently enjoying a production boom, it is now harder than ever to find studio facilities that aren’t currently being used and/or aren’t fully booked for the next several years.

Speaking to the Guardian, Pinewood Chairman, Paul Golding details: “we have sufficient expansion ability to meet demand for the next three to five years. But we have already identified future expansion opportunities.”

Adrian Wootton, Chief Executive of the British Film Commission adds: “the issue is more than looming. Space is at a premium in the UK. The space at the most premium everyone would recognise is for really huge feature films. It is fair to say that we can’t accommodate every major movie at any particular time that wants to come here.”

News of Pinewood’s interest in Dagenham follows an announcement made by London Mayor, Sadiq Khan, to construct a major film studio in the area. Pinewood is just one of roughly 20 companies that have expressed an interest in following through with the “Made in Dagenham” project.

In addition to high-end studio space and world-class crew, the UK offers a 25% tax rebate to productions that meet a required minimum spend within the country. The incentive has been recently awarded to projects such as Mary Poppins Returns and Ready Player One.