Written by Tom Deehan on Feb 1, 2018. Posted in On Location / Production News

Tim Story’s reboot of the 1971 feature film, Shaft, is now shooting on location in Downtown Atlanta. As a co-production between Davis Entertainment, Khalabo Ink Society and New Line Cinema, Shaft has an estimated budget of USD30 million. 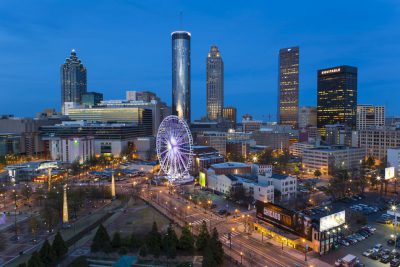 Originally titled, Son of Shaft, the film will star Jessie T. Usher in the titular role. Richard Roundtree and Samuel L. Jackson, who starred in the 1971 original and its sequel respectively, will also star.

New Line Cinema will also be handling the film’s distribution in the USA, with Alex Barnow and Kenya Barris having penned the screenplay.

Atlanta has had a particularly busy month for filming after recently hosting production for Avengers 4. The production utilised Pinewood Atlanta Studios for stage shoots and Metropolitan Avenue and Fairlie-Poplar for scenes on location.

The state of Georgia is one of the most popular filming destinations in the world, owed to its film-friendly attitude and competitive incentive programme. Productions need only spend USD500,000 locally to receive a 20% tax credit. An additional 10% can be added if a project depicts a certified Georgia logo.

There is no cap on the amount that can be claimed via the incentive, which also covers costs on local post-production work.

Georgia’s production industry attracted around USD7 billion in 2016, an incredible amount which is expected to beaten by the collective spend of the 2017 period.